The Butler Trust Awards are open to people working in prisons, IRCs, probation and youth justice settings, as well as prison/immigration escort services, across the UK (staff, volunteers and partner employees).

Awards are given to people for outstanding work which goes “above and beyond” what might normally be expected of them, and does so over a sustained period (usually at least 12 months or more).

The Awards are for people not projects, and may be given to someone doing something new or innovative, or ‘just’ doing their ordinary job extraordinarily well.

Joint nominations may be made for two or more people working together – but each nominee must have done something outstanding in their own right, and Awards are rarely given to more than four people jointly.

We welcome re-nominations where it is felt that someone’s nomination did not get as far as it should have on a previous occasion (though you may wish to discuss this with us first).

Past convictions are NOT a bar to an Award, but former offenders must have been living in the community, without further convictions, for a sustained period (usually at least two years), and we cannot accept nominations for those awaiting trial or serving a sentence (including on licence).

For more information about what we’re looking for, watch our short video: What makes a Butler Trust Winner? – and check out details of our recent winners. 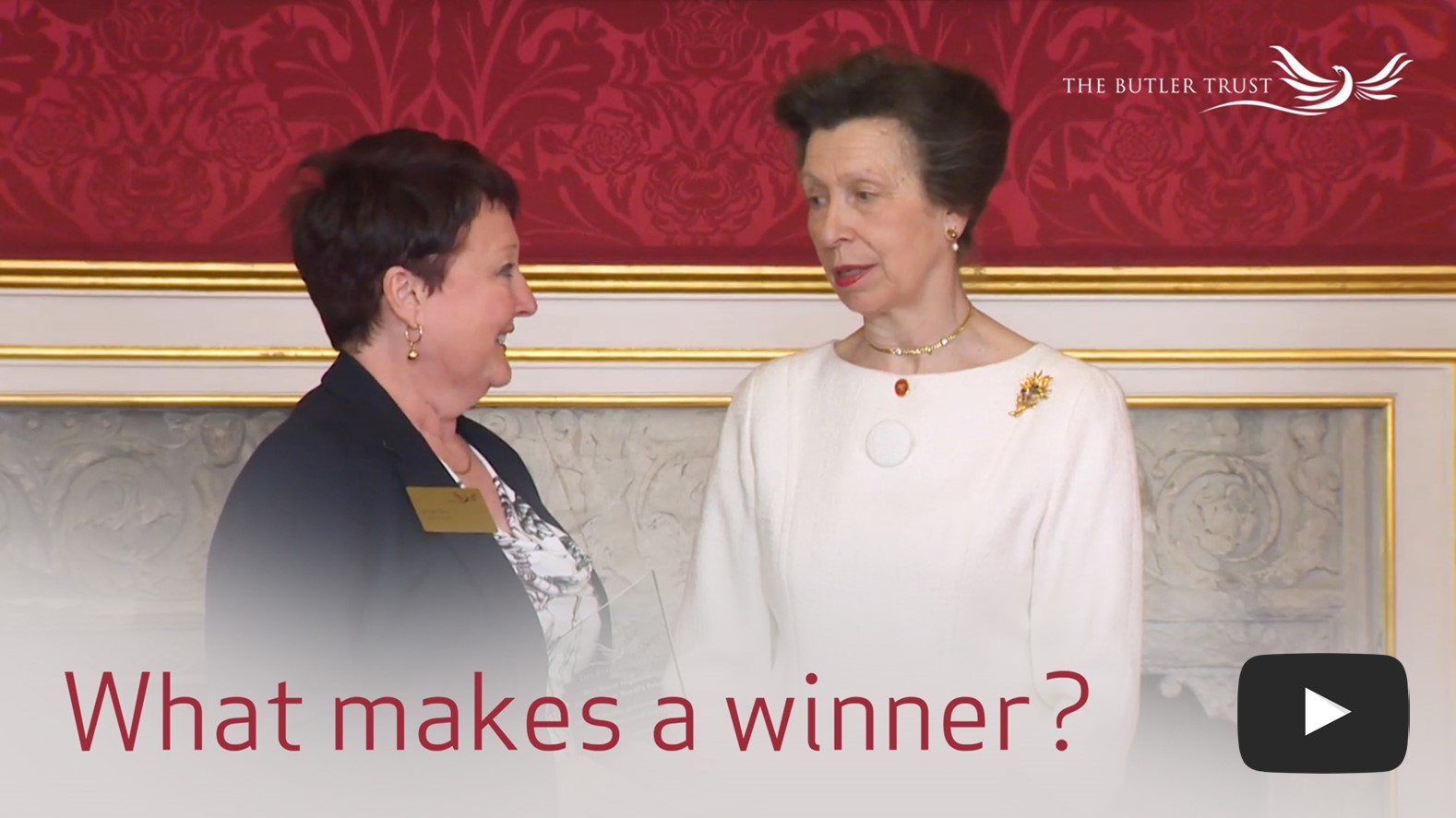