About the Butler Trust 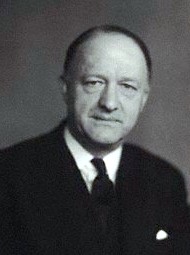 The Butler Trust was set up in 1985 by former prison governor, Rev Peter Timms OBE, and Veronica Linklater, later Baroness Linklater of Butterstone.

We are named after Richard Austen Butler (RAB), later Lord Butler of Saffron Walden, and the Butler family have been closely involved with the Trust throughout.

As Home Secretary (from 1957 to 1962), RAB introduced a series of reforms to improve the management, care and rehabilitation of offenders. To further the scientific understanding of criminality, he set up the Home Office Research Unit, and helped set up the Cambridge Institute of Criminology. He also gave the go-ahead for Grendon, as the world’s first dedicated psychotherapeutic prison.

And the 1975 Butler Report (which RAB oversaw after leaving office) led to significant improvements in the management and care of offenders with a mental illness.