Over the last six weeks, our Patron HRH The Princess Royal visited five prisons across the country, to thank the #HiddenHeroes working there for their service at this time. After trips to Edinburgh, Moorland, Bullingdon (for #HiddenHeroesDay) and Isis, she went to HMP Hewell on the last day before lockdown was reimposed. 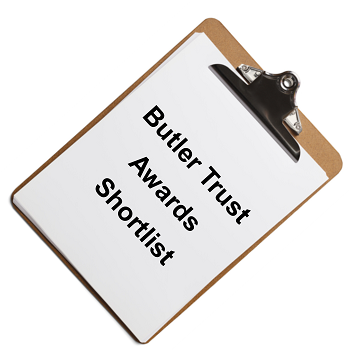 After a summer spent reviewing and rating the 346 nominations received for this year’s Award Scheme, our volunteer Sifting Panel met – online, of course – at the end of September to agree the shortlist to go through to the final stage of judging for the 2020-21 Butler Trust Awards.

We were delighted, particularly in this most challenging of years, that the standard was as high as ever, which made the decision-making as difficult as always – but after much deliberation, the Sifting Panel agreed to put through a final shortlist of 40 nominations.

Congratulations to all of the following – and good luck in the next stage of the process (our final Judging Panel will meet in November and we will announce the names of this year’s Award Winners and Commendees in the New Year):

END_OF_DOCUMENT_TOKEN_TO_BE_REPLACED

They were joined on the day by Butler Trust Patron, HRH The Princess Royal, at a special event at HMP Bullingdon.

In June, we commissioned art tutor and Butler Trust Award Winner, Nikki Dennington, to produce a painting as a permanent tribute to staff for their service during Covid (click below for a high res image). 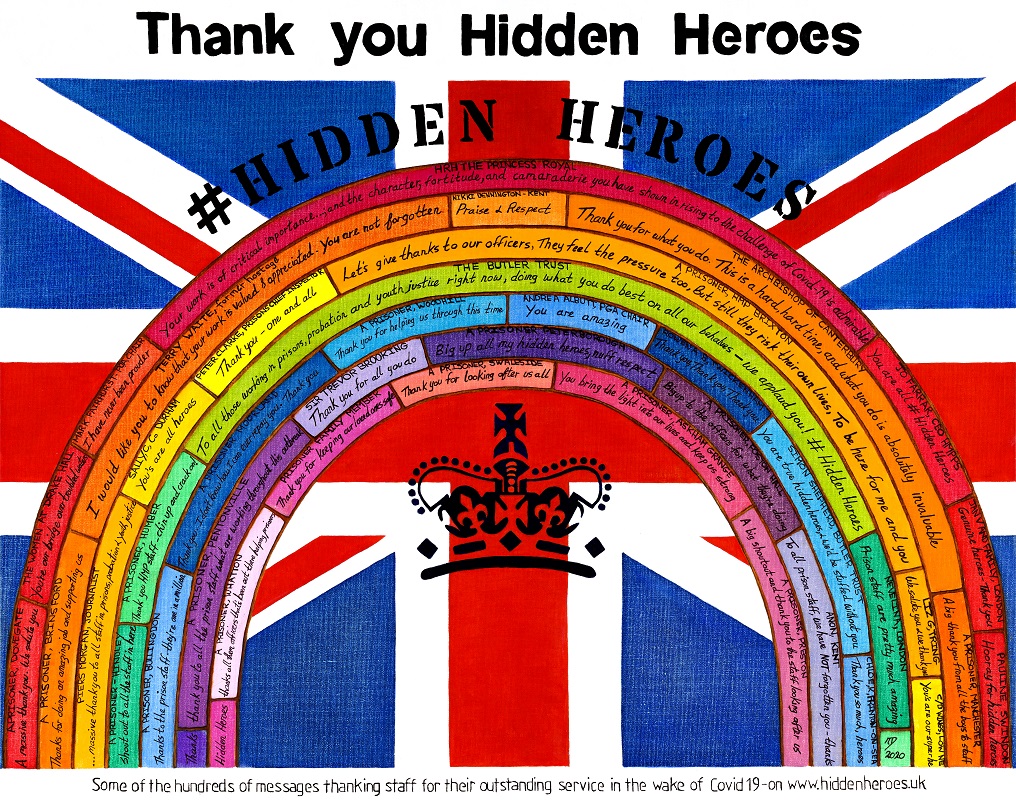 The Trust had the resulting artwork, featuring some of the 100s of messages of thanks and support on the #HiddenHeroes message board, made in to a flag and canvas print, which we sent out to prison, probation and youth justice services across the country earlier this month.

Last month, Nestle generously gave the Butler Trust 30,000 Kit Kats as a thank you to staff for their work during Covid. The Trust, with the help of prisoners and staff at HMPs Parc and Stocken, turned them in to #HiddenHeroes bars, and earlier this month, Bidfood (HMPS’s catering supplier) distributed them to frontline staff across all the jails in England and Wales.