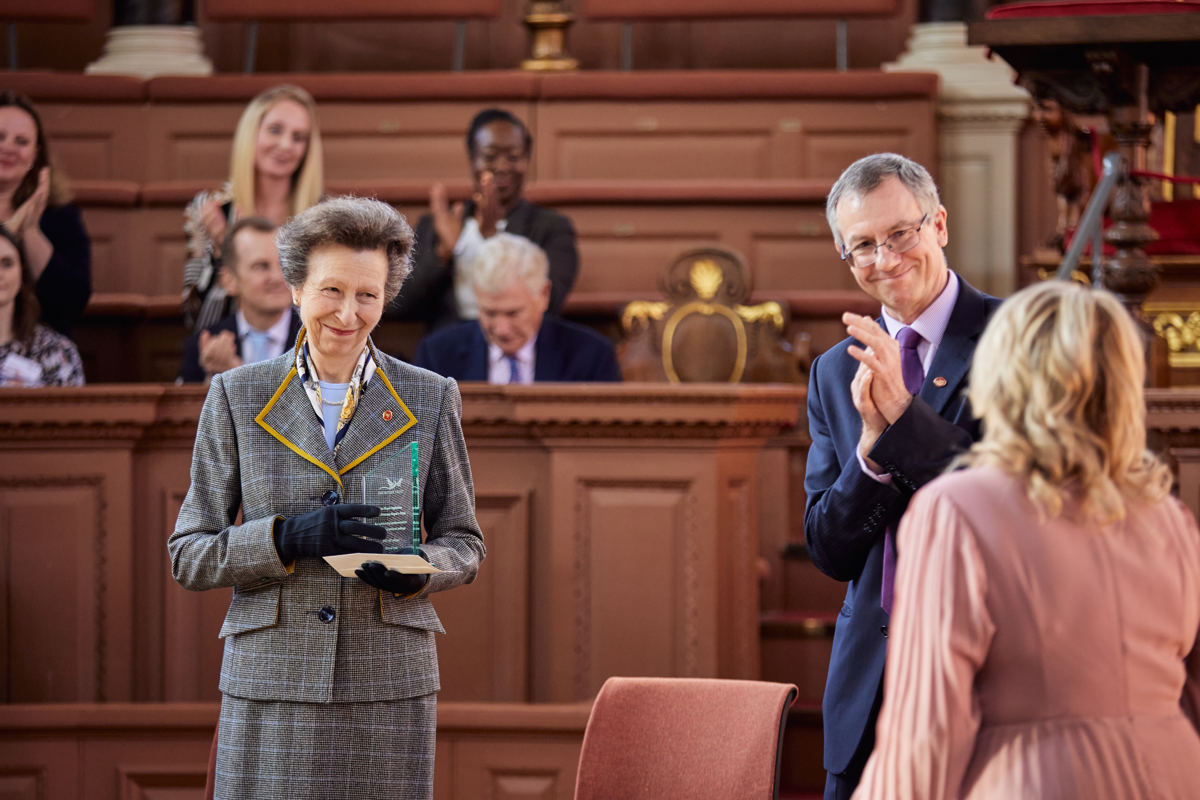 Presided over by our Royal Patron, HRH The Princess Royal, since the Trust’s launch in 1985, the Annual Award Ceremony is the highlight of The Butler Trust’s year and a chance to celebrate the achievements of the inspirational #HiddenHeroes recognised through the Awards.

With the sun shining down on ‘the city of dreaming spires’, and after three long years, it was a great pleasure to finally hold an Award Ceremony again, this time honouring the Butler Trust winners from 2020, 2021, and 2022. Alongside their personal guests, they gathered in the heart of Oxford University, at The Sheldonian Theatre – Sir Christopher Wren’s first great masterpiece – to receive their Certificates from the Trust’s Royal Patron, HRH The Princess Royal. 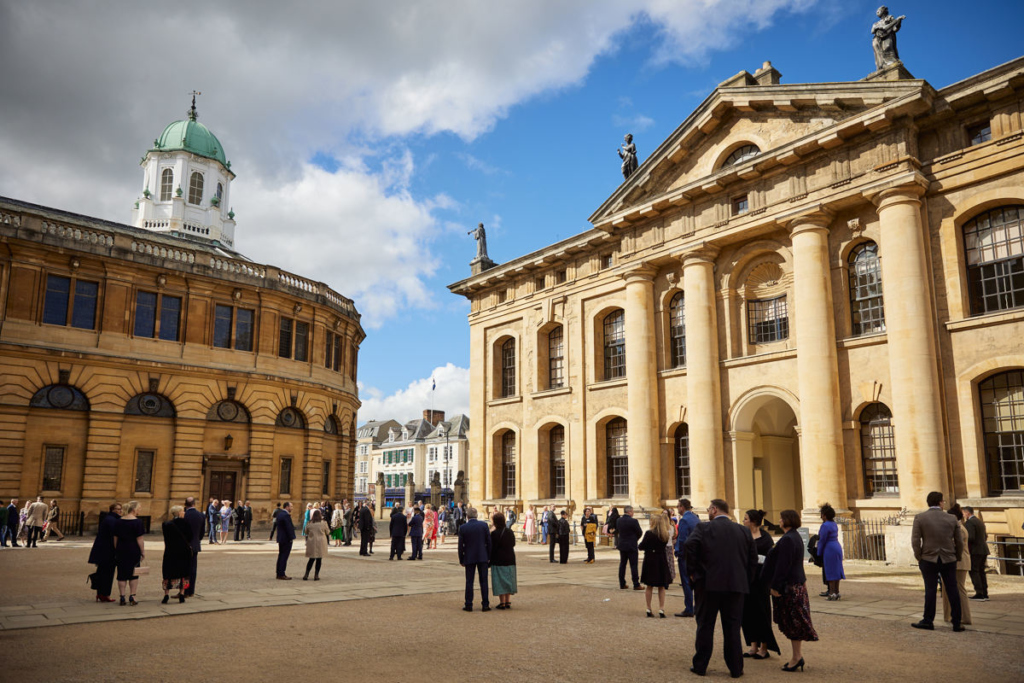 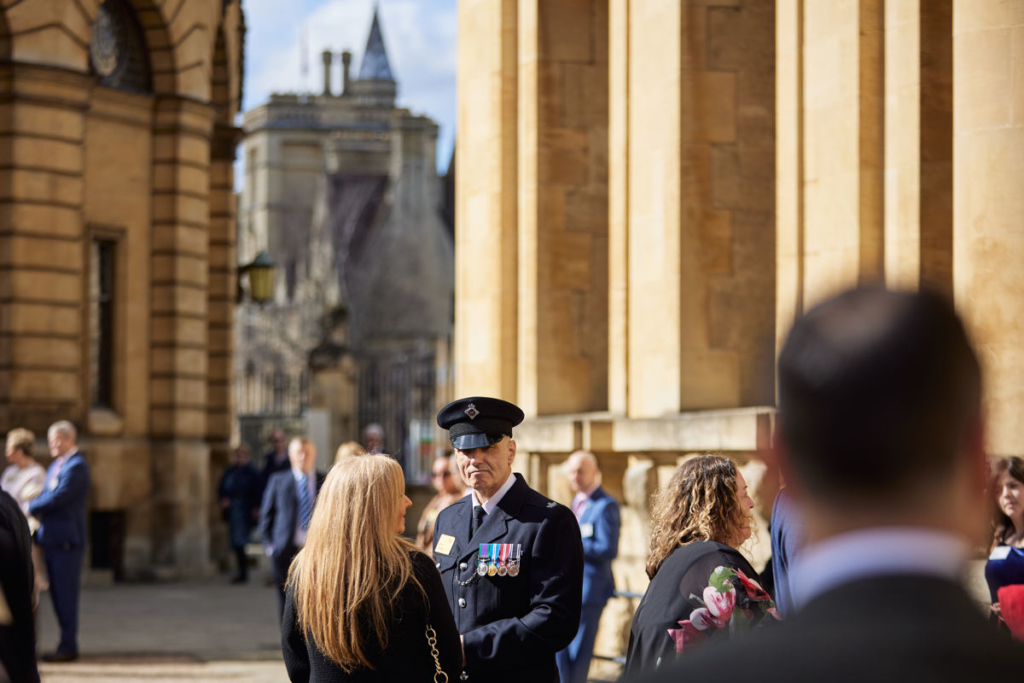 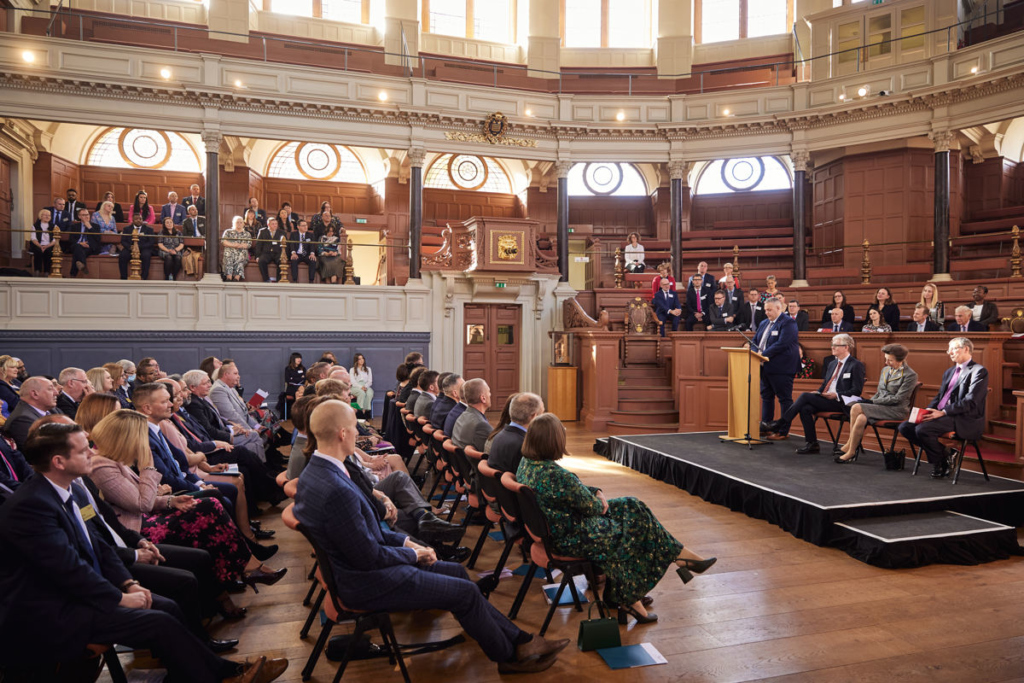 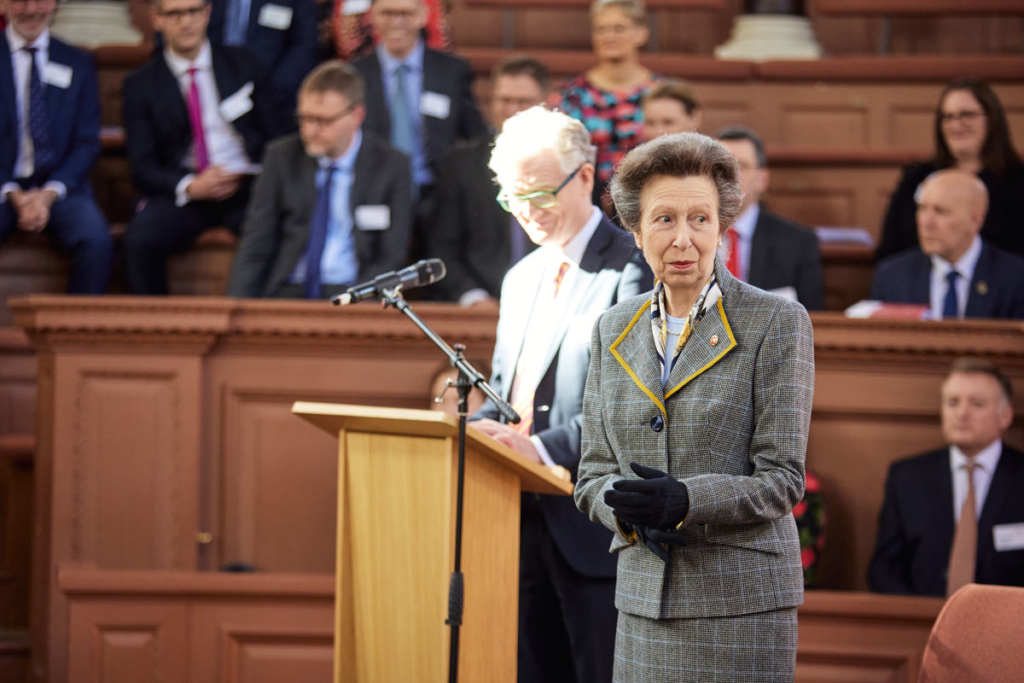 Wren designed the Sheldonian in the 1660s, and it’s where Oxford students graduate (although their Ceremony is in Latin). A few yards away, in Convocation House – where the Royalist House of Commons convened during the Civil War – others were gathering, too, in readiness to witness the Ceremony. In addition to our Patrons, Trustees, and Imam Monawar Hussein, High Sheriff of Oxfordshire, in Court Dress, were a wide range of representatives from across the criminal justice system, there to pay tribute to, and celebrate the achievements of, of all 90 Award Winners and Commendees.

This group included Victoria Atkins MP, Minister of State at the Ministry of Justice; Dr Jo Farrar CB, Chief Executive of HMPPS, together with the Heads of Prisons, Probation, and Youth Custody; Ronnie Armour, Director General of the Northern Ireland Prison Service; Teresa Medhurst, Chief Executive of the Scottish Prison Service; and Keith Fraser, Chair of the Youth Justice Board. Senior delegates also attended on behalf of the Prison Officers Association, the major private sector prison and probation providers, and other funders whose support is so vital to the Trust’s work. 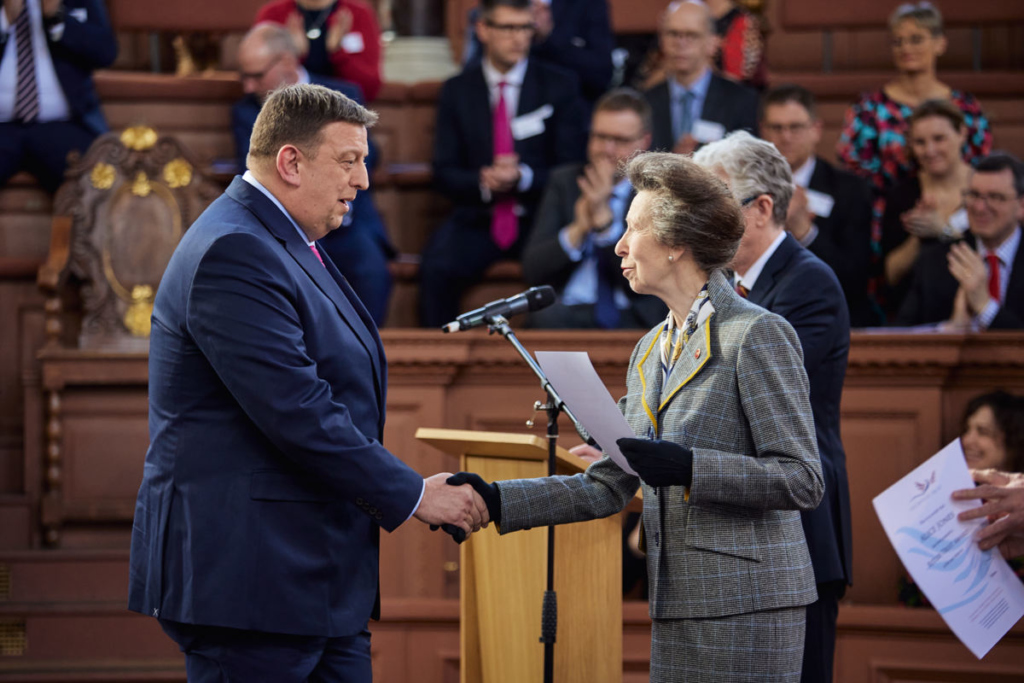 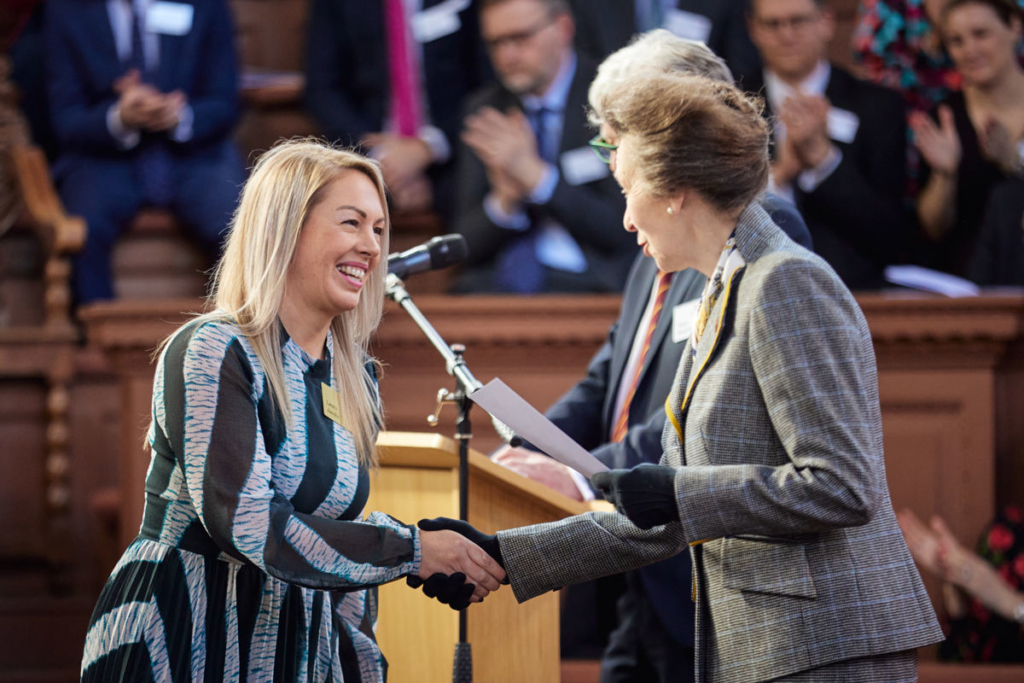 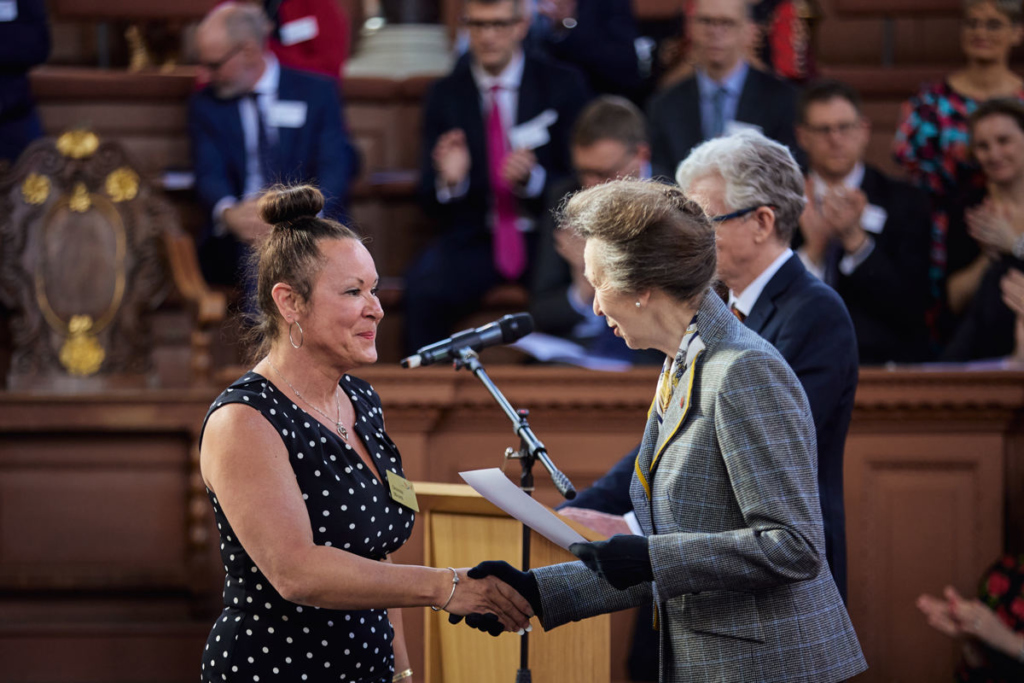 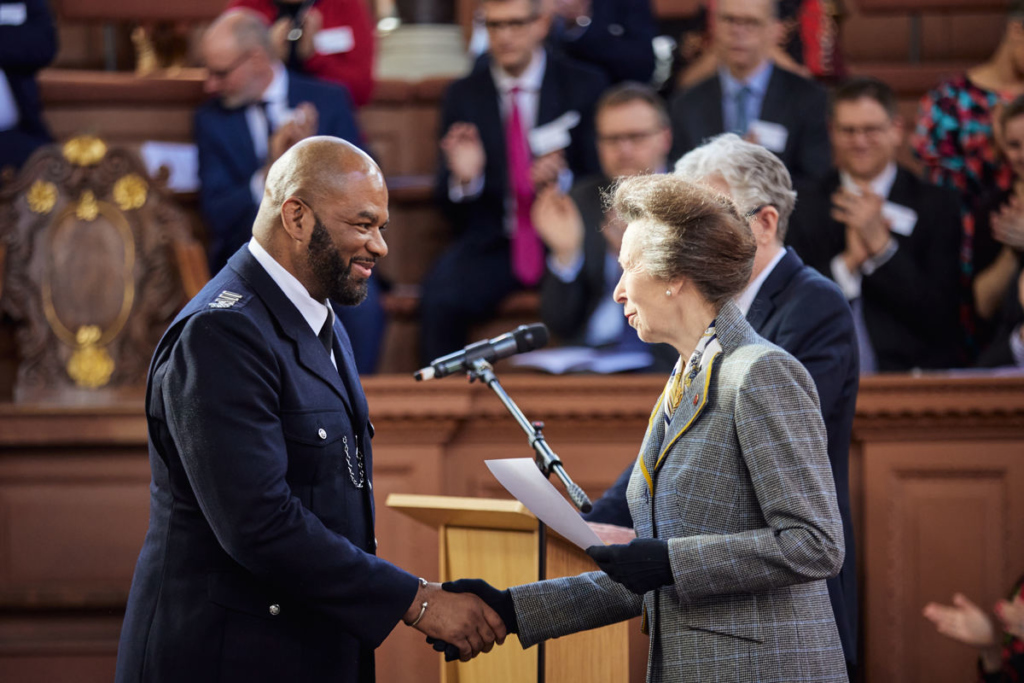 As Butler Trust Director Simon Shepherd read out each Citation, and the applause rang out as our winners came up to receive their certificates from The Princess, it was impossible not to recognise that here was a truly remarkable group of people, and a further highlight came with the presentation of HRH The Princess Royal’s Prize, given each year to the nominee who is judged, among stiff competition, to be the most outstanding of all: Florence Alake of HMP/YOI Isis won the Prize for 2020, Alice Jones of HMP/YOI Parc took the 2021 Prize, and the 2022 Prize went to Shona Pate at HMP Edinburgh.

Concluding the Ceremony, Simon thanked everyone who had come to witness the event, before turning to the winners themselves, telling them: “You are truly exceptional public servants, who change the lives of the people in your care, and those who are lucky enough to work with you. You stand out even among a workforce full of Hidden Heroes. On behalf of the Butler Trust, and the wider public you serve so admirably, thank you for all you have done, and continue to do, on behalf of us all.” 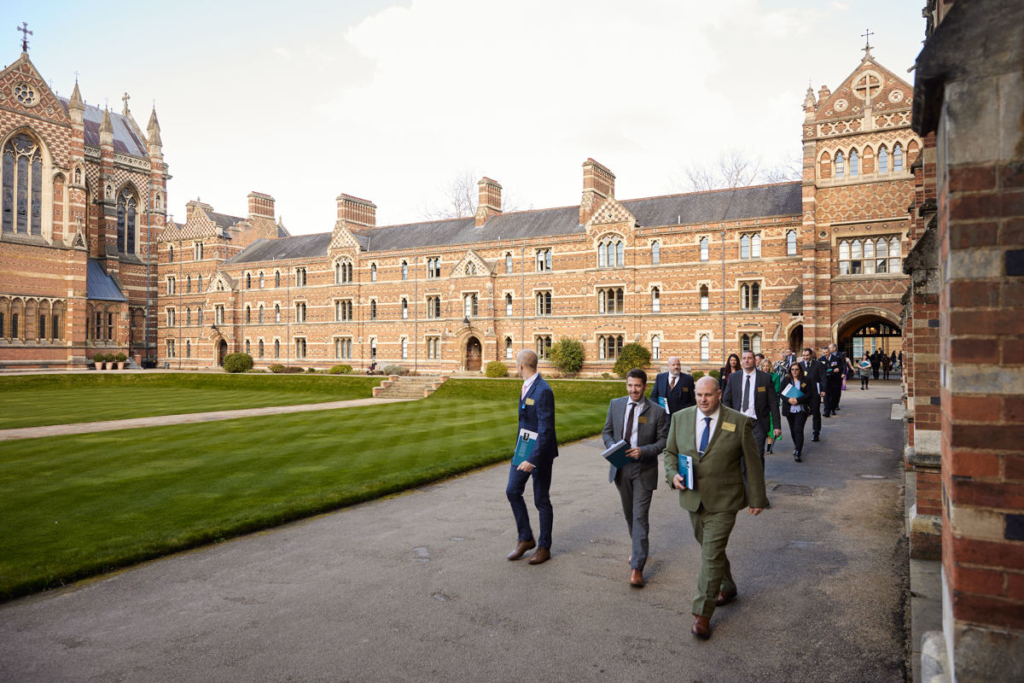 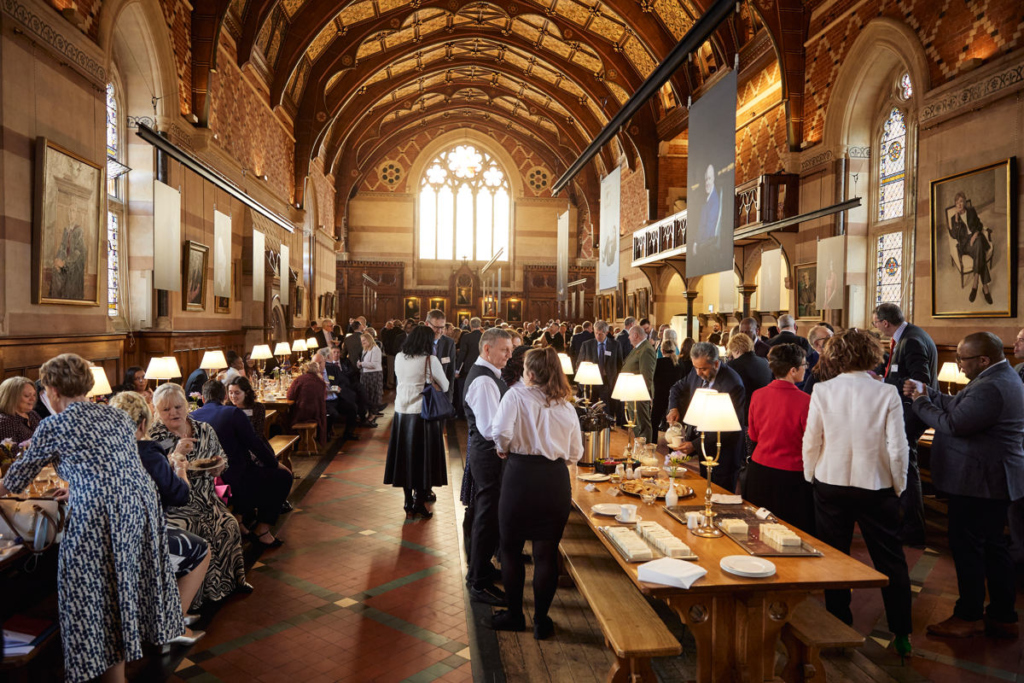 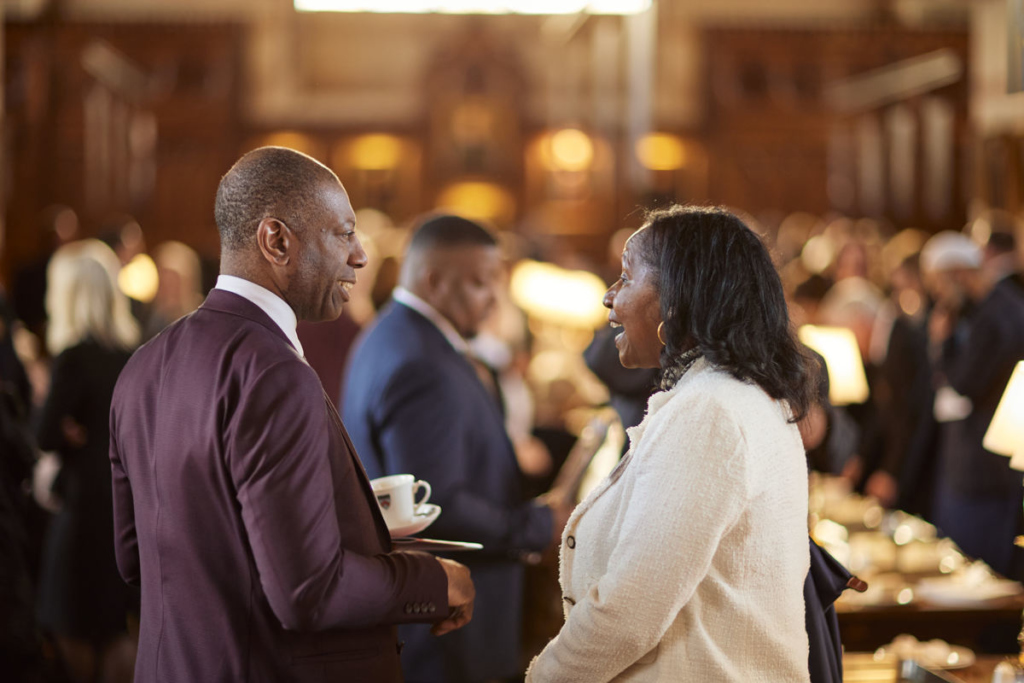 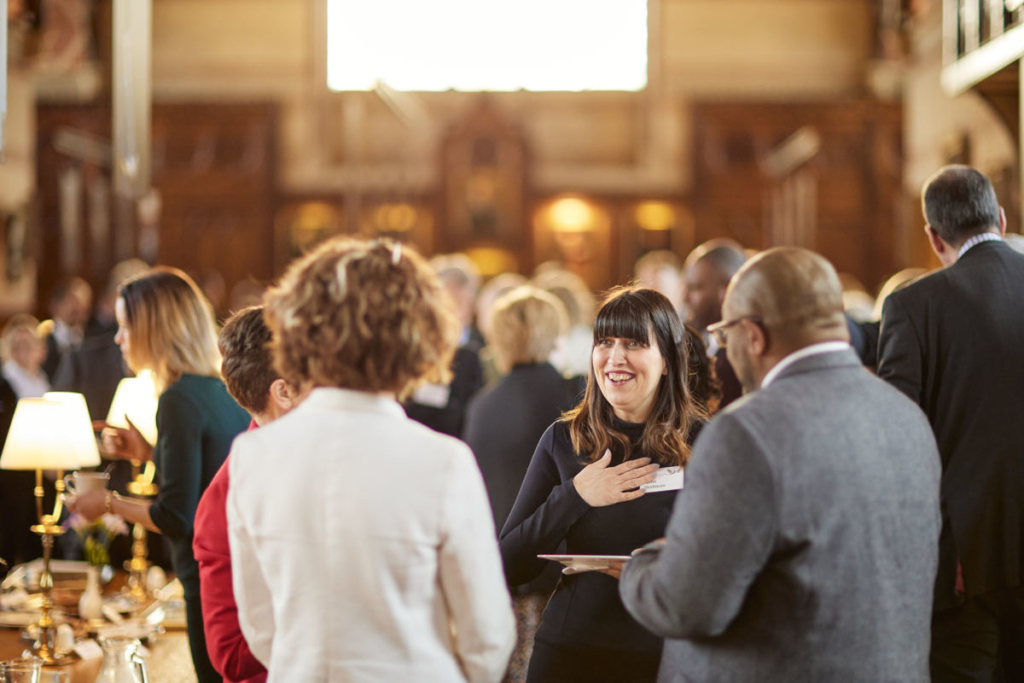 With the formal part of the Ceremony over, winners and guests repaired to Keble College for a delicious afternoon tea in its magnificent gothic dining hall – and our winners had an opportunity to meet more informally with The Princess Royal. As one winner’s wife said, “It’s just like Harry Potter – it’s magic!”

With so many winners present for this year’s ‘triple’ Award Ceremony, it was clear, too, that some old friendships were being renewed – and new ones forged – over the sandwiches, scones, cakes, and chocolate-dipped fruits, with many taking to Twitter to share what a ‘fantastic’, ‘great’, ‘brilliant’, ‘wonderful’ or ‘amazing’ day they were having. 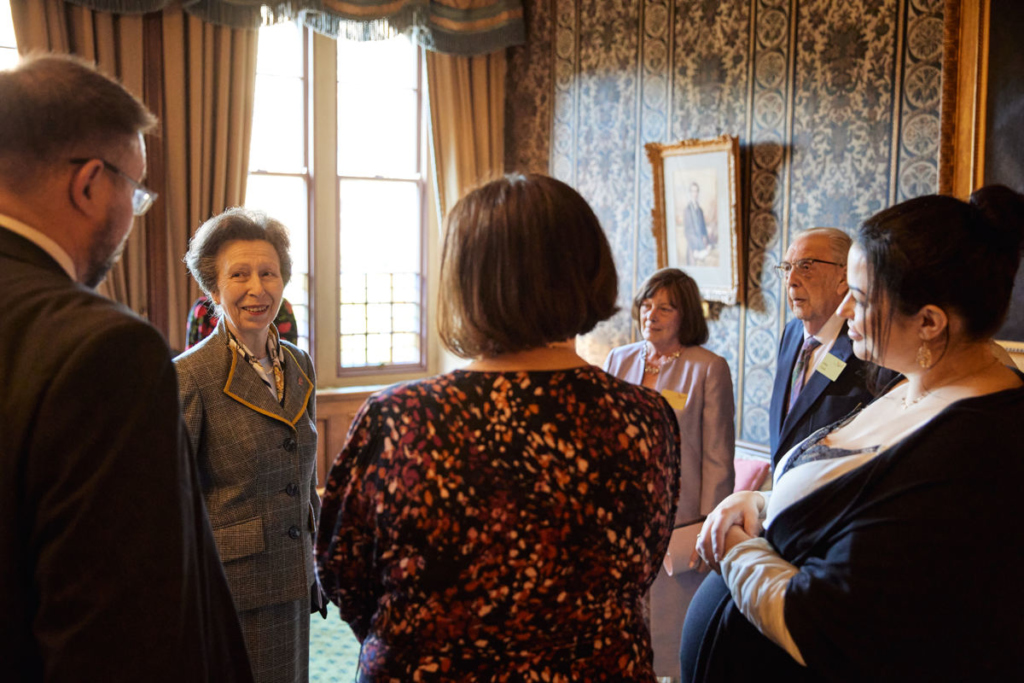 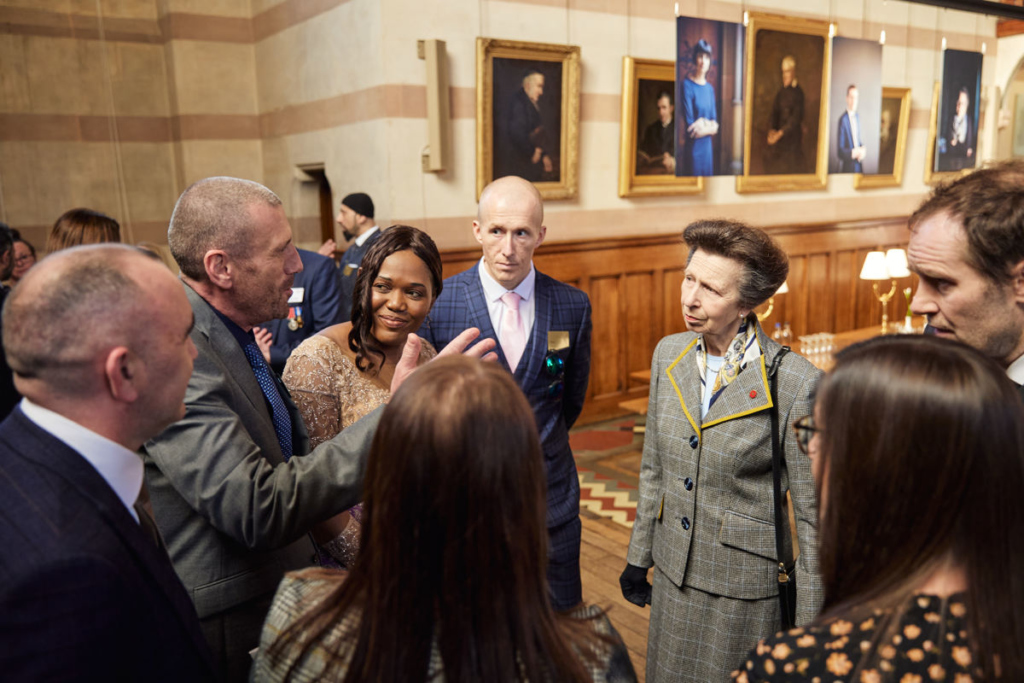 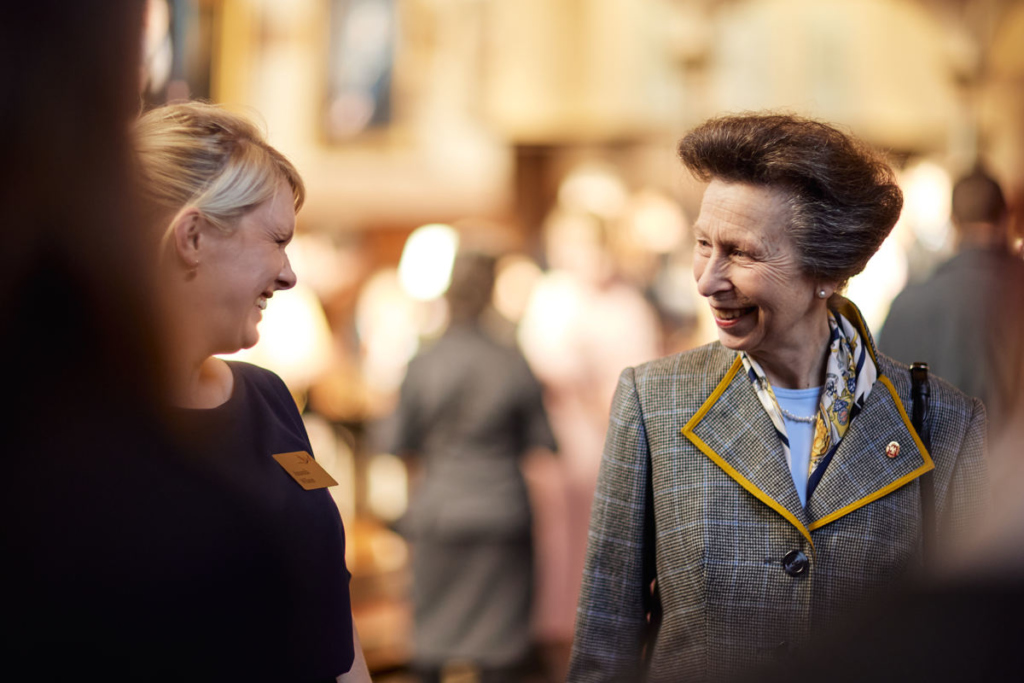 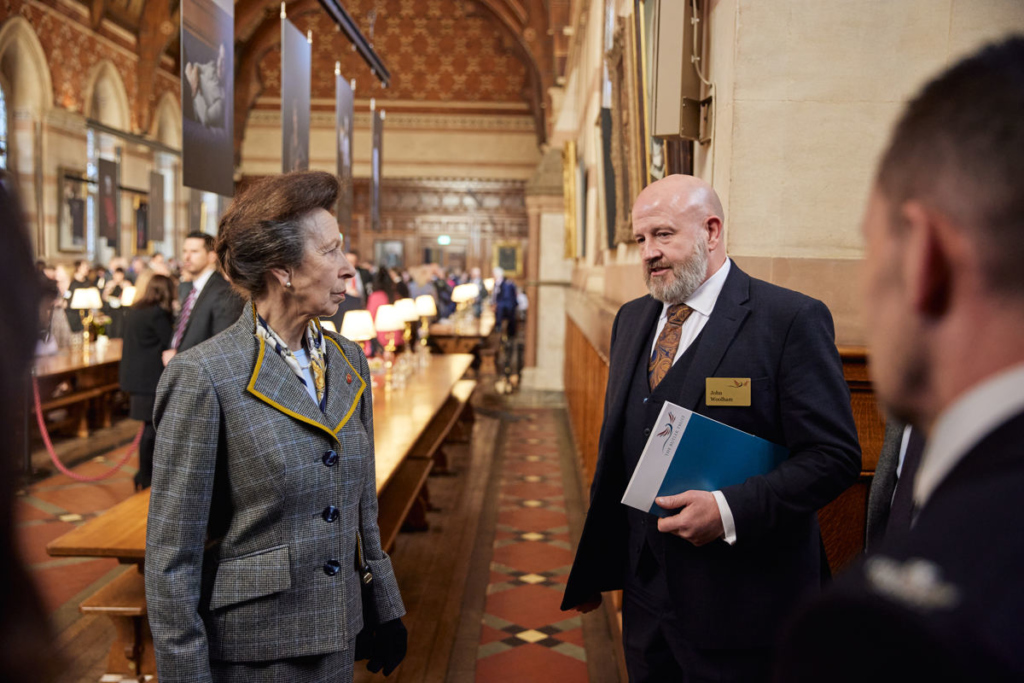 Nurse Deanna Mezen, whose Award was for her “gold standard of end-of-life care for prisoners and their families”, also wanted to acknowledge, as winners so often do, others, calling it an “honour” and “very humbling” to be “surrounded by such inspirational people”. Meanwhile Dr Rowan Mackenzie of HMPs Gartree & Stafford, who brings Shakespeare into prisoners’ lives, and was standing a stone’s throw from where he once performed – said how “wonderful” it was to be among so many people who were “passionate about change”.

Yet it was a remark shared by Butler Trust Chair and former HMPPS Chief Executive, Michael Spurr CB, that really caught why this remarkable gathering was quite so special. He noted that the last person to talk informally with The Princess Royal, Natalie Hill, had said – again, as so many winners do – that she “was only doing her job.” Her Royal Highness, who has supported the Trust and attended each Award Ceremony since its inception, politely demurred, noting that if Butler Trust winners were ‘only’ doing their job, then a lot less important work would get done.

For a full list of all the #HiddenHeroes celebrated at our 2022 event, see Our Winners page, and for more pictures from the Ceremony, click here.