AWARD WINNER 2021-22: In a nomination supported widely, including in moving testimony from service users who describe her as “brilliant” and a “superstar”, Vicky receives an Award for being quite simply exceptional, in all aspects of her role, as a Probation Services Officer for the NPS in Middlesbrough.
[This Award is supported by Interventions Alliance.] 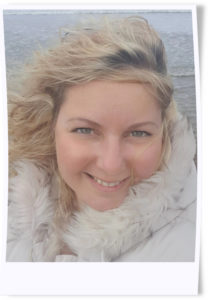 ‘She is a superstar’

Business Manager James Turbitt praises Vicky’s “engaging positive attitude and integrity”, while her former manager Andrew Bake says Vicky “embodies the ‘can do’ attitude of someone who truly wants to make a difference.” She has also played an effective and influential role in recruiting Dementia Friends, on “Gypsy, Roma, and Traveller culture,” and working on “complex multi-agency partnerships” around accommodation. In short, says, Bronwen Elphick, Regional Probation Director, “Vicky is a driving force for all of Cleveland.”

The quality of Vicky’s work had a real impact during COVID, too, and many colleagues from other agencies wanted to recognise this. Graham Clark from the Police hailed her work “during the difficult lockdowns” as “essential in keeping a ‘joint finger on the pulse.’” Mental Health Social Worker Paul Kirkbridge, who praised her passion and dedication, cited a recent case where he saw “first-hand her extremely therapeutic and empathetic approach” – and the difference it made.

Vicky has a gift for “the little things” that can make a big difference – like visiting someone in intensive care to let them know she was thinking of them. Vicky believes this “personal touch” shows “reliability” and can “inspire someone to try harder.”  This becomes very apparent in three powerful testimonials from her clients, starting with ‘Rob’ (names changed):

“If I leave her a message or she misses my call she always gets back to me. I had a problem with disclosing my offence to a potential employer and she helped me contact the disclosure and barring service to resolve this issue. I am working on a project at the allotments, and having talked about it to Vicky, she said she wanted to come and see what I had been working on – this made me feel that I was valued and that she was genuinely interested in what I was doing. Vicky is always down to earth, friendly and helpful.”

The difference Vicky has made in the life of ‘Dave’ shines through, too:

I’m not proud to say that I have been on probation for a long time and she is without doubt the best probation officer I have ever had.

She goes above and beyond. When I need her, she is there for me, even if she misses my call, she will always get back to me.

She came with me to the Crisis Suite when I was feeling suicidal and she helped me to get back on track.

After the core group she called me, I know this was after she had finished work, but she said she wanted to give me feedback on how well I spoke in the meeting and this made me feel good.”

Finally, ‘Ian’: the impact of Vicky’s work on his life, negotiating experiences that would be very tough for anyone, is very clear:

“I think Vicky is a superstar.

After I was released from prison… I thought I was going to be homeless but she helped me to get accommodation. Due to Covid my mental health was terrible, I also have health problems and a learning disability which makes things worse.

Vicky helped me to get a new property I was so grateful for her help.

When I was released, I broke up with my wife of 25 years, Vicky helped me no end, this was a very difficult time for me, and I didn’t cope very well with the breakup.

I reported a historic crime to Vicky, and she got me the counselling I needed to deal with this.

When I was released, I didn’t have my mental health medication, when I was phoning the GP they kept fobbing me off so she helped, got me the right medication and made a complaint on my behalf.

She really has helped me so much; I really believe that without Vicky I wouldn’t be alive today as I tried to take my own life when I was struggling. I think she is marvellous; she goes above and beyond.”