AWARD WINNER 2019-20: Terry is a Band 4 Instructor at HMP/YOI Brinsford. He is granted an Award for his remarkable work transforming not only the prison’s gardens and grounds, but also the lives of the especially vulnerable young men he employs – one of whom said, “if it wasn’t for Terry, I would not still be alive”.
[This Award is supported by Ingeus.]

[Report based on the original nomination submitted to the Trust]

Terence is a Band 4 Instructor at HMP & YOI Brinsford. His conservation projects with vulnerable prisoners have significantly contributed to reduced rates of self-harm while enhancing their self-confidence and employment skills. It’s also provided staff and prisoners alike with a tranquil environment, with a pond, benches, wildflowers, trees – and some extraordinary wildlife. 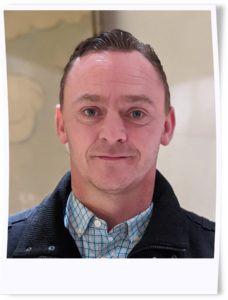 Terry’s initial nominator, and Brinsford’s Reducing Re-offending Head of Function, Chris Haggett, says: “Terry has focused his time towards developing the confidence and skills of young prisoners with complex needs, by engaging them in innovative project work.” These prisoners may have previously self-harmed or be self-isolating, but as a result of Terry’s work, “people have stopped self-harming and have progressed to engage positively with purposeful activity.”

One prisoner, Liam*, recently wrote an emotive and powerful letter to the Governing Governor, praising Terry for how he has helped him to survive and crediting him by stating:

“I would not still be alive if it wasn’t for Terry.”

When Liam was going through a particularly difficult point in his life, Chris goes on, “Terry would go the extra mile by visiting him during his lunch breaks and staying at work well beyond his finishing time on multiple occasions to support the prisoner in regaining his motivation for staying alive. Terry would sit with him and discuss how they could improve the environment of the prison.”

Terry’s work also helps prisoners build skills for employment, says Chris, “as it instils a strong work ethic in individuals as well as developing their team working and communication skills.”

One large project involved developing a conservation area where staff and prisoners can visit to relax and have some ‘time out’ for reflection. The area includes a pond, benches, wildflowers, trees and wildlife, offering “an area of serenity amongst the usual prison bars and fences which are abundant in all prison establishments.”

Terry has also introduced a range of animals “to give the prisoners the responsibility of caring for, and protecting life. This approach has helped to inspire individuals and has provided them with a real sense of self-worth and belonging.” Prisoners have built a chicken coop for the 18 chickens they care for alongside cold-water and tropical fish, a tarantula (“which Terry uses to help prisoners to overcome their fears!”), and lizards, including a Blue Tongued Skink and a Bearded Dragon, which are involved in the regular Family visit days to help fathers bond with their children and visitors.

“Terry’s approach of using animal therapy is very powerful in engaging prisoners and helping them to develop confidence. A number of prisoners who were previously self-isolating themselves from the main prisoner population have left their cells and have engaged in the regime as a result of working with Terry. Terry also embeds maths and English into the work that he does [with] one day a week spent on ‘Theory’ work and visits to the prison Library to encourage prisoners to read and research.”

As well as “genuinely helping prisoners find a meaning in life”, the project “has contributed to reducing self-harm, improving mental health and enhancing the wellbeing of both staff and prisoners within our community.”

“The work Terry does is amazing – he works with the most vulnerable young men and helps them to grow in confidence, gives them hope for the future and shows them that people care.”

Terry explains that he works with “residents within the establishment who are most vulnerable and in need of some extra attention and support” and says “I get a lot of satisfaction seeing the young adults’ knowledge grow when they apply themselves to the work in a positive manner and also work as a team to improve their social and interactional skills.” Because the group consists of residents who regularly self-harm, “as a team we work together to resolve any issues residents may be having and give them the support they need to grow their self-confidence.” Since the conservation project began, adds Terry, “self-harm and self-isolation is now at an all-time low… we assist with duties on the unit to ensure all the residents feel safe when using the facilities such as showers and in association.”

Terry adds that “I enjoy engaging with the residents and I’m happy that the support I am providing them has been helpful and makes them feel cared for. I will always go the extra mile to ensure people are given the support and time that they need and hopefully give them some encouragement to do better in the future and help them see that they are worthwhile and they have the ability to make positive changes in their lives. I take pride in my job here at Brinsford and will continue to provide assistance and support to anyone who needs it.”