After the success of last year’s Prison Officer Summer School at Cambridge University, which brought together front line staff and world-leading academics in the prisons field, to share their knowledge and experience with one another, the Butler Trust ran a follow up event in August, at the University of Oxford.

Last year’s event led, among other things, to changes in POELT training, the introduction of mentoring for new staff, and a review of training and development for existing staff. This year’s event brought together 117 officers, with over 1150 years of experience between them, and representing over 95% of the custodial estate in England and Wales, to build on last year and drill down in more detail into: how to recruit, train and support staff better; and how to hold on to, and get the most out of, more experienced staff. 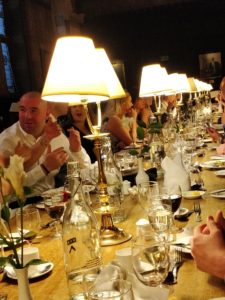 Officer delegates were joined by senior figures from both HMPPS and the MoJ throughout to hear what they had to say and ensure their recommendations and observations are fed back at the appropriate level – and to reflect its consultative nature, the event was renamed, replacing ‘school’, at which people are ‘taught’, with ‘symposium’, where people gather around a subject area (although delegates also managed to do justice to symposium’s original Greek meaning: ‘fellow drinker’!).

And while the main focus was on hearing and learning from front line staff, delegates also heard from: Michael Spurr on the state of the service and his vision for the next three years and beyond; from leading academics from the Universities of Cambridge, Suffolk and London, on the role of prison officers and the skills and attributes required; and from Prof Jo Clarke, from York University, who gave a masterclass on resilience.

“I was sceptical about attending last year’s event at Cambridge University but came away the most positive I have been in years in the service. This year I have come away from Oxford after being invited again even more positive… I have come back to my establishment fully charged and would like to thank you. Both [events] have given me faith in the service again.”
Prison Officer (Cambridge 2016 Delegate & Oxford 2017 Facilitator) 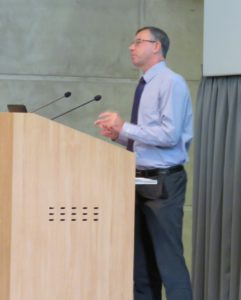 The opening speaker, Michael Spurr, Chief Executive of HMPPS, acknowledged that it’s been a tough few years, as he spoke to many of the concerns in the audience, gave insights into the high level context he was working in on their behalf, and provided an overview of his, and the Service’s, vision for the future. He emphasised that last year’s event had led to substantive changes, particularly around training, and said how much he looked forward to the Symposium. He fully expected it to have a similar impact, and to that end had encouraged a group of senior managers to attend.

He went on to acknowledge how difficult things were, noting particularly the advent of new psychoactive substances, and the unexpected recent increase in the prison population. In this context, he noted, the reduction in staffing levels in 2010 was unsustainable. He then outlined the plans for a net increase of 3,500 front line staff – not 2,500, as previously reported – over the next 18 months to two years, and expressed his confidence that this would enable the service to regain control.

His thoughtful presentation, as well as his open and engaging response to questions from the floor, led several delegates to give feedback. “I particularly enjoyed listening to Michael Spurr as he outlined where we had come from, where we are at the moment, and where we are aiming to be in the future”, said one. Another added, “It was especially nice to see that people in charge of HMPPS, in particular Michael Spurr, are committed to the cause and that our frustrations as officers are echoed by themselves”, and a third commented, “It felt empowering to be… given an insight into the reasons why things have happened and the hope to work through the difficult challenges ahead.”

One of the world’s leading and most influential experts on prisons, Professor Alison Liebling (she is also a Trustee for the Butler Trust), spoke next on Prison Officers at their best. 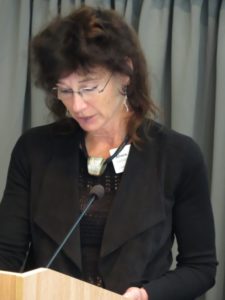 Alison’s observation that “Prison officers matter far more than they realise… they make up 80% of the quality of prisoners’ lives” was, by a long way, the most liked and shared ‘Tweet’ from the entire event. She also remarked that, “There’s more to prison officers’ work than meets the eye…We should recognise it – and reward it – more than we do.”

Feedback from one officer’s daughter helps give a sense of the value of Alison’s work and her important research insights: “Thoroughly enjoyed… the talk by Professor Alison Liebling. My daughter conducted her research project, for a Master’s Degree, at my establishment and many of the reference points quoted in her dissertation were research findings quoted from Professor Liebling! Told my daughter of the lectures we had, and who had presented them, and she was in awe.”

Helen has worked and undertaken research in prisons for twenty years, and her findings on what makes prison officers special included the observation that “being a prison officer is a job that’s extraordinary rather than ordinary by its very nature.” She carefully analysed the term ‘jailcraft’ to show it contained a multiplicity of different skills, and noted that “many officers, whilst mindful of the dangers of over-involvement and becoming too immersed in their role, invest an awful lot of themselves in their job whether intentionally or not.”

The audience then broke into groups to discuss the characteristics of excellent prison officers. The plenary feedback given by the twelve breakout groups was highly consistent, with a particular focus on teamwork, adaptability, resilience, humour, integrity – and, perhaps above all, the sheer camaraderie of working with outstanding colleagues. 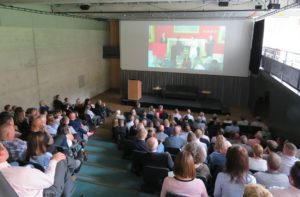 Serena’s presentation included a series of profoundly moving quotations from her work exploring long-term imprisonment among young adults. She pointed out that, like teachers, “prison officers make their lives inspirational”, and asked, “Who could possibly calculate the impact you guys have on human lives?”

Serena also noted that many examples of the direct and lasting influence prison officers have on the lives of their charges are to be found each year in the nominations for Butler Trust Awards – many of which are made by prisoners themselves.

From being ‘good at making tea’ to honesty and hard work, the feedback from the breakout sessions following Serena’s talk was again highly consistent in its recognition that prison officers at their best are doing genuinely inspirational work.

The second day began with a well-received presentation, When The Going Gets Tough by Professor Jo Clarke. Jo shared a set of insights and skills that officers could take away to help them build and maintain the resilience needed to do a job that regularly makes tough human demands. The impact of this presentation, with its practical focus on tips and techniques to make officers’ lives and work more resilient, was notable, and a highlight of the event for many delegates.

Several people pointed to the value of providing such training across the estate, noting its obvious potential for morale, sickness rates, and overall retention. As one officer noted in their feedback, “I’ve been asked to roll out some training regards resilience and well-being for staff at my prison. I believe that [the event] has reminded me of my goals and makes me more determined to help other Officers around me during these hard times.”

The focus throughout the two days was on hearing from front line staff – through a mix of breakout groups and plenary discussions – and their observations and recommendations are recorded below.

There was a widespread view that the additional staff currently being recruited have the potential to make a real difference, but that it is important to ensure the Service gets the right sort of recruits, and that they are appropriately trained and developed in their role.

There was also widespread agreement that experienced staff had much to offer but would benefit from greater support from local management, as well as enhanced training and development opportunities.

As well as sharing their thoughts on the key attractions of the job, and skills and characteristics required, some suggestions on this included: 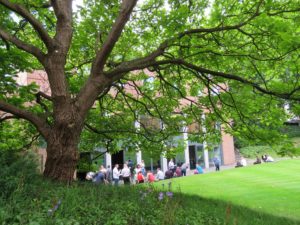 Delegates welcomed the review of POELT training and the introduction of mentoring for new staff, and made a number of observations about how these could be built on, including:

There was a general view that existing staff needed more training and development opportunities, and suggestions included:

There was also a widespread view that the management and support of staff could be improved, with suggestions including: