COMMENDEE 2015-16: Nigel, a Senior Probation Officer with London CRC, is Commended in particular for his work in developing one-to-one interventions for offenders not suitable for accredited group programmes. 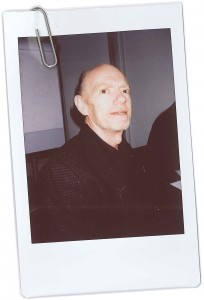 Nigel Hosking, a Senior Probation Officer with the London Community Rehabilitation Company (CRC), is described as “a true pioneer of the criminal justice sector.”

His lead nominator, Elizabeth George, Head of Communications at London CRC, explains in more detail how Nigel has pioneered change in the field: “Since beginning his career in probation in 1979, Nigel has pioneered innovative probation practice which is now regarded as the ‘industry standard’.”

With a total of 36 years of probation service experience, Elizabeth writes that “For the past 25 years Nigel has continually been at the forefront of innovation and best practice, leading on improvements in frontline service delivery both locally, nationally and internationally. His admirable track record of achievement is matched by his unassuming manner, and he is an asset to probation practice in London.” She says that his “passion for practitioners’ work to be evidence-based and more strategic led, initially, to him designing the Structured Supervision Programme, a one-to-one programme for offenders who are not suitable for accredited group programmes. This led to the development of Skills for Effective Engagement, Development and Supervision (SEEDS)… Nigel contributed to the design and piloting of SEEDS which is now regarded as a blueprint for the one to one supervision of offenders.”

Nigel also has an interest in international best practice, says Elizabeth, and this “led to his involvement in piloting SEEDS in Romania in order to test the feasibility of transferring a model of one-to-one supervision across EU member states. The pilot proved to be very successful and was part of a wider EU funded project called STREAM.”

Nigel has also overseen the expansion of Service User Councils across London, which again Elizabeth describes as “a pioneering approach”, in this case by “working with ex-offenders by using their feedback to improve the quality of frontline probation work. These are based on a model successfully used in prison, and were the first community-based User Councils, giving individuals on probation the opportunity to have a voice in the development and delivery of probation services across London.”

It’s led to a cultural shift, with Nigel helping to increase “the number and diversity” of both representatives and embedded councils “within the infrastructure of the London CRC. There are now service user representatives in all London boroughs. The CRC views service users as key stakeholders and seeks their opinion as a matter of course.” Another first is that “service users are also involved in the interview process for new staff.”

Another example of Nigel’s pioneering approach cited by Elizabeth is his leadership on a project to employ former service users as Probation Engagement Workers (PEWs). “These are ex-offenders whose main role is to support and engage with service users who are proving difficult to reach. They act as role models, and their message to those currently on probation is simple: ‘I have been in your shoes, so if I can succeed, so can you.’ They work alongside staff to improve offender engagement and outcomes and provide a service user perspective on new developments within the London CRC.”

So far, most of the PEWs have come with volunteer experience with User Voice, a charity led by ex-offenders bridging “the gap between service users and the probation service”, and St Giles Trust, who “aim to break the cycle of offending and create safer communities by supporting people to change their lives.”

Nigel has responsibility “for the recruitment, induction and ongoing training and development of PEWs. He created a job description for the role and developed clear guidelines for the Senior Probation Officers who manage them locally. Twelve PEWs are currently employed by London CRC. A recent evaluation of the project found that the engagement workers bring ‘added value’ to the organisation and their ability to make connections with service users based on their previous criminal history often brings about ‘substantive change’.

Butler Trust Local Champion and Chief Executive of London CRC, Nick Smart adds that Nigel was recently invited by the University of Sheffield’s Criminology Department “to appear in an online film about effectiveness in offender supervision, as part of an open online course,” again citing Nigel’s “pioneering work through the introduction of Service User Councils and Probation Engagement Workers [which] continues to blaze a trail which others are looking to follow.”

Sue Rex is the Offender Engagement Research Manager at NOMS, and says that “Nigel shows passion, commitment and personal leadership, often going the extra mile and putting in many hours to develop the materials in collaboration with practitioners and to support Probation Trusts in piloting it, and learning from those pilots. The project drew on his personal skills and attributes as a trainer, where his calmness, thoroughness and creativity in explaining the model and underlying approach, addressing questions and dealing with resistance, was an inspiration to other trainers.” As Sue explains, “SEED now forms a major component in an integrated framework – SEEDS – implemented across England and Wales in which around 9,000 probation staff have been trained. The legacy continues, with plans to refresh the framework in both the National Probation Service and Community Rehabilitation Companies.”

A member of the Haringey Service User Council, Malcolm*, says: “I was sceptical to start with as I thought [Service User Councils] were just a token gesture but it was too good an opportunity to miss to have my say.  To have service users and senior managers all under one roof was amazing.  They listened to us and we all left feeling we had really achieved something together.”

Mohamed*, a former service user and now Probation Engagement Worker, adds that “Some guys on probation just don’t want to know, or can’t see the consequences of failing to comply with their probation orders. But after talking to someone who has been through the criminal justice system like myself, many feel they can relate better to what’s expected of them.”

Nick Smart calls Nigel “a true pioneer in the criminal justice sector. He has a wealth of knowledge about practice and he has always been rooted to everyday operational work. He also knows how best to design and develop practice initiatives that practitioners will find useful and be able to use in reality with service users on a day to day basis. This was the essence of SEEDS and why it is so well liked by practitioners.”

Nick adds that “Despite his vast knowledge and the legacy of practical work he has done to improve frontline probation delivery, his greatest asset is his modesty, his unassuming nature and his sheer desire to continuously learn. These characteristics mean that people warm to him. Practitioners believe in what he says and trust that initiatives such as SEEDS are developed by a probation officer for probation officers. Nigel is very humble about his knowledge and experience and never seeks to boast or tell people that he is the expert – he continues to want to learn from staff of all grades and service users in order to continue to develop himself and help to develop effective practice further.”

Nigel himself remarks that “service user involvement is now well and truly embedded in the culture of London CRC,” adding that “the EWs have gone from strength to strength: one has recently been promoted to the role of Accredited Programme Tutor for RISE (London CRC’s probation mutual); and another recently received the Founder’s Choice Award at the Back2Black award ceremony that was held in October 2015. The Engagement Workers are having a real impact on the care of offenders.”

He says that “all service users who were interviewed for the Engagement Worker Evaluation said their EWs were helping them to make positive changes.  For example, one service user said, ‘He relates to me, communicates with me, makes me feel that I can turn my life around.’ There have been a number of incidences when an EW has helped a service user who was on the verge of being breached to get back on track.  So, as well as supporting service users to complete their probation supervision, EWs are also contributing to improved compliance.”

There has also been some positive media attention both for London CRC’s Service User Council and for the Engagement Worker projects. As Nigel says, “Given that media coverage about offenders and offending is often negative, it’s refreshing to read a good news story about ex-offenders giving something back to society. With this in mind, I will continue to champion service user involvement within London CRC and am confident that future success stories will inspire potential employers to give ex-offenders a second chance.  The more publicity about offenders ‘making good’, the greater the possibility of changing the views of individuals who think that people can’t change.”

He makes a further point, saying that “arguably, in this new era of ‘Payment by Results’ for Probation, it is more important than ever to listen to the views of service users.  I will therefore be asking Service User Council members for feedback on the CRC’s new approach and ensuring they have opportunities to contribute to improved service delivery. I also want to commission research on how being a volunteer Service User Council representative might contribute to reducing reoffending. While we have many individual testimonies that suggest it does, we don’t currently have any actual reoffending data.”

Committed to sharing good practice, Nigel recently presented findings about the Engagement Worker Evaluation to a group of international researchers, CREDOS (The Collaboration of Researchers for the Effective Development of Offender Supervision). Following this, says Nigel, “I have been asked to write a chapter for a forthcoming book entitled ‘Effective Criminal Justice Skills: a Compendium of International Perspectives’,” and will thus be continuing to share his pioneering work with future audiences.