COMMENDEES 2016-17: Officers Michael and Scott, from HMP/YOI Thorn Cross, are Commended for the passion and drive they have shown in delivering over twelve thousand hours of volunteer work in the community, since April 2013.s

Michael Gill and Scott Rennett are two Prison Officers at HMP & YOI Thorn Cross, whose outstanding efforts have helped the prison deliver almost twelve thousand hours of volunteer work in the community since April 2013. Amongst many other things, they have helped paint youth hostels, set up disability awareness shows, created a well-being garden for those with mental health issues and supported the Syrian Aid effort.

Nominator Tony Breen, Acting Functional Head at Thorn Cross, says Mike and Scott “have been involved in many projects and have received many accolades for their work. The local community has significantly benefited from our ability as an open prison to take work parties from the prison to improve their facilities.” They have, adds Tony, “consistently demonstrated their immense commitment and drive to deliver community projects.”

Michael Povall, Deputy Governor and Butler Trust Local Champion, explains that one community group is Arleys Angels, “a cleaning company that also completes enormous amounts of voluntary work for the local community and are now involved in working for the Syrian Aid effort.” Needing support, they appealed to Scott and Michael “who had an established reputation throughout the local community for the significant amount of invaluable projects that they had organised over the years.” With many of the community volunteers somewhat elderly, “they needed younger people with the physical strength to unload and load trailers with clothing and packages collected and bound for Syria.” As a result, “thousands of parcels were loaded on to trailers” to tight deadlines.

Nora Carlin, the community lead for the project, thanked the team for their “tremendous work… We were really struggling with the physical demands of the work and as always were mightily impressed with Scott, Michael and the offenders from Thorn Cross.”

The two have led in the delivery of “approximately 11740 hours of volunteer work in the community since April 2013. This work requires dedication and hard work which both thankfully have in abundance,” says Michael Povall. “Very importantly, they ensure the Prison celebrates and publishes ‘good news’ and thank you letters from community organisations. Both are proactive and dynamic.”

He describes Scott as “a dedicated officer who goes the ‘extra mile’ to assist offenders and he does this with a sense of humour and a smile on his face. His tall and imposing frame portrays a man of authority, but that is just a front, he is a gentle giant – helpful, kind and most importantly he will do anything for anyone.

Scott is a brave, courageous individual who genuinely adapts the ‘treat as I would want to be treated’ philosophy. He will always do the right thing for staff and prisoners and consistently exudes professionalism. People enjoy being around Scott’s positivity and can-do attitude. It is refreshing to see that his beliefs and standards prevail in a workplace that so often breeds perceived negativity.”

He goes on: “Scott clearly sees Community Service as an opportunity for prisoners to invest something back into the community. Instead of disquiet and fracture, their team effort helps to transform the community for the public good. Scott provides guidance and supervision but deliberately keeps this low key to allow the team to flourish. Scott clearly enjoys his work and he is one of those characters that once met you would never forget. Prisoners respect his quiet professional approach and clearly want to work with him. I cannot praise him enough for his ongoing qualitative work that helps Thorn Cross build on our rehabilitative culture ethos.”

He calls Michael “a caring, thoughtful and very helpful person. Nothing is too much for him to assist offenders and the community [and] he has worked incredibly hard to deliver. The personal pride and satisfaction that emanate from him on completion of his work is there for all to see. Many staff and managers have commented on this and freely recognise his excellent work. This is a very worthwhile community based project that instills all-round pride in all those involved. Michael makes it happen and has worked tirelessly to drive our Community Service work. He has an enormous passion for his work and although reluctant to accept praise for his commitment, his self-pride is clearly evident. By getting prisoners on board he exposes them to the value of voluntary work and how society as a whole benefits.”

“Scott and Michael model decency, respect and professionalism in everything they do. Their unique knowledge of community projects and partnerships are second to none… They have an almost unique ability to get offenders to listen to them and take on board everything they say.”

Examples of the benefits accruing to the local community include maintaining car parks, weeding raised beds, planting out flowerbeds, and other general maintenance. Teams have erected fencing for an alpaca enclosure and around a children’s zoo.

Their success includes working with the Warrington Disability Partnership on their annual Disability Awareness Day. With over two thousand visitors, Thorn Cross prisoners play a major role, and are involved in preparatory work, assisting during the weekend – and clearing the site afterwards. Understandably this has generated very positive feedback both from the group and the local community. 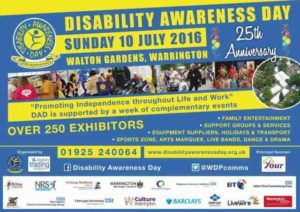 He concludes, “Their passion and drive are second to none and their reputations – and indeed the reputation of Thorn Cross – are enhanced each time Scott and Michael embark on their work. They are real ambassadors for the prison.”

Pia Sinha*, former Governor at Thorn Cross, recalls how “two and a half years ago when I came to Thorn Cross as Governor, our relationship with the community was strained and fragile. Although there were bits of work being done in the community by our offenders, communications and public relations were poor. Scott and Michael have completely transformed our relationship with the community due to their work. I only have to send an email requesting something and Scott and Michael reply ‘no problem Governor’!”

“Over the last few years, our neighbours have been completely won over because of the way in which Scott and Michael have led on community projects,” adds Pia. “They not only select the right people but deal with the community in a really open, friendly and genuinely inclusive manner. The most important aspect of their work, however, is about showing the community the assets our offenders can be and are. It has done much to open the eyes of an otherwise disinterested community that our men have a lot to offer; that they are skilled, valuable and above all worthy citizens who contribute to the positive running of their community.”

She concludes by saying “I cannot thank Scott and Michael enough for being such positive ambassadors – without their ‘can-do’ attitude and skill in engaging positively with the community, we would not have given so many of our offenders this crucial exposure to positive citizenship and the role it plays in their resettlement process.”

As Mike and Scott point out, “The wider public benefits are huge. We have helped local children in schools have a nicer place to play. Helped give a better awareness of disability in Warrington though our good work with the Disability Awareness Day charity. We have helped look after gardens for people with mental health needs, giving them a place to relax and spend time with family. The local village the prison is based in celebrate an annual fete. We provide much needed support by setting up the day and the locals really value our help. This strengthens a bond between us and shows Thorn Cross in a very positive light to people who might not understand the good work we do here.”

In addition, they have a new project about to commence working with a charity who help ex-soldiers with post traumatic distress disorder.

And they conclude, “The list is endless and the work is ongoing. It’s a ‘win win’ situation. Everyone involved benefits in some way.”