AWARD WINNER 2019-20: Laura was nominated by ten prisoners for her work as a Psychologist at HMP Grendon. She receives an Award for her outstanding contribution to the prison’s Therapeutic Community, and is described in testimonials, from both colleagues and prisoners, as “an incredible woman”, and “simply unforgettable”.
[This Award is supported by G4S Care & Justice Services.]

Friends of Grendon Board Member and Local Butler Champion Carole Roe sat in a room with all 10 prisoners who had independently nominated her, “and each one described, some quite upset, what she had done for them and how their lives had been changed forever by this incredible woman.” 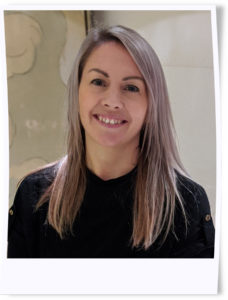 Tony is one of the ten offenders who made the original nomination, and says this about Laura:

“I have known Laura Jacobs for over 10 years, a period in which I have witnessed Laura start her career, develop and grow into the individual she is today. In the 17 years I have been a prisoner, I have rarely met a person so willing and able to really make a difference in the rebuilding of the lives of all those individuals of which she works with. Laura Jacobs would stand out as exceptional in a way that is rare. Laura is and always has been a warm, caring and passionate person and I have seen this quality break through the most fortified defences so that a process of change and healing can take place.

“This has been my experience as knowing Laura has helped me make the most important change I could: I became content with who I am. Laura always challenges, combats, listens and cares. The amount of effort Laura puts in is immense in consideration. She has changed the lives of so many and raises a young family at the same time. What makes Laura special is simply that she is ‘Laura’. Why Laura has committed so much hard work for so many, for so little, is testimony to her outstanding character and devotion. With some people you meet them and you are changed forever. I am proud to say I have met Laura and will never be the same again.”

Butler Trust Local Champion, Capital Corporate Finance Director and Board Member of the Friends of Grendon, Carole Roe, fills in the story. “The men at Grendon have committed to some serious and difficult therapeutic work, which can often leave them feeling sensitive and exposed. There are countless examples of Laura supporting the men both as a group and individually. Her ‘door always open’ policy often sees a queue outside her office and she will never turn anyone away.” Carole recounts one prisoner telling her:

“The only place I feel safe enough to offload a problem is in Laura’s office. She can calm down the most aggressive and defensive behaviour and I’ve never seen her get angry or upset. She’s held this wing together so many times over the years when things have gone wrong. I’d never want to do anything wrong because I’d be letting her down.”

Carole point to Laura working with men to repair broken relationships with family members, with one prisoner now having regular visits with the mother he hadn’t seen for 10 years and another with a daughter he hadn’t seen in over 20 years. One prisoner says “the relationship I now have with my family is 100% because of Laura and I will never forget her, because she’s unforgettable.”

Carole adds that, as well as “exemplary professional work”, Laura also encourages prisoners on her wing to get involved in raising money for charity – particularly the Make a Wish Foundation. “She has organised a ‘Bake Off’ challenge, where she brought in the ingredients for the men to make cakes which were then judged by other members of staff. She also organised a ‘fete’ with old fashioned games that staff and prisoners paid to play (throw a wet sponge at an officer being a favourite!) and seen by all as a great prisoner/staff team building day.”

Laura first visited Grendon 25 as an undergraduate volunteer, and was immediately struck, says Carole, by “how these men with such difficult pasts could choose to expose themselves to what was effectively a life in therapy, such was their wish to understand their behaviour and change their lives. From that day she knew she wanted to work there.” After working in a juvenile prison, Laura secured a job at Grendon in 2007 and moved to D Wing in 2011 “where she has been since and where she has made the most incredible impact.”

Carole recalls visiting the wing two days before Laura was due to leave Grendon, and says the effect of her impending departure was palpable:

“I sat in a room with all 10 prisoners who had independently nominated her and each one described, some quite upset, what she had done for them and how their lives had been changed forever by this incredible woman.”

Since Laura arrived at Grendon she has had two children, notes Carole, “in Laura’s words ‘I grew 2 babies here’ and this in itself had an impact upon the men, who spoke about how they would never swear in front of Laura when she was pregnant, quite a surprising thing to hear in this environment, and how much they respect the fact she is a young mother with a busy life but they all feel like they are an important part of it.” One prisoner said:

“One day Laura told me she’d been thinking about our conversation when she was cooking dinner. The fact she actually thinks about us at home, that she doesn’t just treat us as something to be forgotten when she walks out the door, means the world to us. She makes us want to be better men.”

Carole adds that it is said that Laura receives more mail from prisoners that are now back in the community than any other member of staff and in the words of one prisoner, “St James’s Palace is not big enough to hold all the people she’s helped over the years.”

Several adjectives to describe Laura re-occur in many of the nominations. These include “caring, warm, funny, selfless, kind, supportive, respectful” as well as many stories about her impact on the prisoners she has worked with, individually and in groups.

One prisoner told Carole that:

“All my prison life I’ve been reminded of my crime, that I’m worthless and that I have no future. Laura has changed all that by giving me the confidence to know that I do have a future. By giving her heart and soul to us here, bringing up a young family and studying for a doctorate, she is an example to us all.”

A prisoner who by his own admission has been difficult and has had fractured relationships with other staff and prisoners says:

“Laura has resonated with me like nobody in the system before, to the point that if I have a negative interaction I feel I am letting her down, whether she’s around or not. The trust I have in Laura has enabled me to do some very deep, painful, shameful work in therapy and I know I now have a future to look forward to.”

Carole says that, with Laura leaving Grendon two days after my visit, “the men have spent many hours making cards, paintings, a sculpture and preparing a leaving meal with a cake which they have paid for themselves, something they claim never to have done for a departing member of staff before… When I asked the group to sum up all they had told me one prisoner said “Laura is just ‘more’…more caring, more compassionate, more personable than anyone I’ve ever met and she has changed my whole perspective on life.”

“Laura’s many nominations were overwhelming to receive and read. Her place at Grendon has been cultivated over many years of dedicated work and commitment. Laura did not have to adapt to the core values of Grendon, as it is clear to everyone who spends time with her that this is simply what she is all about as a person. Her ability to effect change in people is amazing and she is able to challenge behaviours and perceptions whilst still maintaining a great relationship with the resident or colleague involved. Laura also has a sense of making sure that all members of the community are treated in a fair way and her personal integrity always shines through.

“The biggest testament to Laura is the strength of feeling regarding her upcoming departure. There is a sense of loss around Laura moving on due to the impact and influence that she has on the community. She is not a professional who comes to work, does her job well and then leaves. She is a person who contributes her own consistent values to her work to do good and the impact of this stretches far and wide. Grendon can be a tough environment at times and requires emotional resilience and determination. Community life will be different without Laura but her legacy is easy to see from the nominations she has received.”

Laura describes herself as “privileged to be part of the therapeutic journey the residents take” at Grendon, adding that “I always feel honoured to be part of helping someone look at their lives, both positive and negative aspects… My aim is to be non-judgemental, and treat people with humanity.” Among her many roles as psychologist, she considers her most important role:

“…to help show the value of assessing your life with compassion for yourself and others, and making positive changes.”

With thanks to HMP Grendon, especially the ten offenders making the initial nomination, Butler Trust Local Champion, Capital Corporate Finance Director and Board Member of the Friends of Grendon, Carole Roe, and Governor Rebecca Hayward, for their contributions.