COMMENDEES 2016-17: Officers Donna and Lorna, and Custodial Manager Teresa, are granted a Commendation for their role in making HMP Drake Hall the first whole prison to gain ‘Enabling Environment’ status from the Royal College of Psychiatrists.

Donna Jones, Lorna Toner & Teresa Wright [not pictured] work at HMP Drake Hall, a closed women’s prison. Together they have inspired, driven, and helped deliver a unique achievement to the prison estate – and a rare one for any organisation: becoming the first prison to get accredited by the Royal College of Psychiatrists with an Enabling Environments Award for the whole establishment.

As Steph Taylor, People Hub Manager and Butler Trust Local Champion, explains, the Enabling Environments Award “is based on core values that contribute to healthy relationships”. These cover, says, Teresa, standards “which we feel you go by in your daily lives (Belonging, Boundaries, Empowerment, Communication, Leadership, Development, Involvement, Openness, Safety and Structure).” And in “the complex environment of a prison, it enables the community to be considered in a different, more creative and innovative way ultimately working towards a culture whereby staff, prisoners and visitors all feel that everybody is working towards the same goal within the rehabilitative culture: making our establishment a better place to live, to work and to visit.”

It took three years of work to achieve the award, and the initial nominator and Deputy Governor at Drake Hall, Bronya Finnegan, gives more background to the achievement: 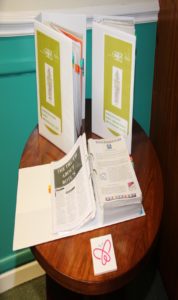 “Teresa Wright, a Custodial Manager here at Drake Hall has been a part of this process from start to finish. She decided to initiate the concept of Enabling Environments with the women at Drake Hall.” Having galvanised the women prisoners, they “spread the word within the establishment” with newsletters and magazines.

Their combined efforts led the collation of evidence for the award “which was colossal and was no easy task”, adds Bronya, and yet this process also “helped highlight our areas of need, or where things have not gone to plan but where we have found an innovative way around the issues that we have faced.”

The result was “a powerful reflective tool for the whole of our establishment, to see the opportunity in the ordinary things we do.” Understandably, says Bronya, as the first whole prison to gain the award, “we are tremendously proud of this achievement.”

And “without the continual drive, determination and enthusiasm from the three members of staff it would not have been possible.” Bronya also points out that this work “ran alongside their Officer and Custodial Manager/Head of Function roles and was fitted in throughout their normal work.”

As Steph explains, “Teresa was the project team coordinator from the beginning of the project and kept her enthusiasm for achieving the final outcome… She also galvanised the rest of the staffing group,” and this included “championing it to the new Governor when he took up post in the middle of the project.”

Meanwhile Lorna and Donna played an instrumental role in the evidence gathering and putting together the portfolio. Steph points out that the Royal College of Psychiatrists “told us it was one of the best portfolios they had received and will now be used as a prototype.”

Michael Spurr, CEO of the National Offender Management Service (NOMS), adds, “This is a tremendous achievement – particularly so given that while EE Accreditation is heavily promoted in Education and in the NHS – whole institution accreditation is very rare. So it was great to be able to congratulate staff and prisoners at Drake Hall and to share in their success – which I hope will be a catalyst and inspiration for others across our system.”

Susan Williams, an Enabling Environment Assessor at the Royal College of Psychiatrists, was clearly bowled over by their work: “Magnificent, amazing, beautiful: you all deserve a pat on the back. The way you grouped the evidence was perfect. I will be making all the portfolio evidence available to the panel for the first time so they can see the calibre of information received.”

Carl Hardwick, Governor at Drake Hall, is just as pleased, too, calling this “an outstanding achievement that has taken four years to evidence,” before adding, “I recognise that it is only the start of the journey and embedding these key principals will help develop a culture that supports the offender and ultimately gives them direction in their lives and helps reduce re-offending.”

Teresa, Lorna and Donna call their work “one of the most dynamic and hopeful experiences throughout our everyday work,” and note that the compilation of the portfolio “was no easy task”, not least because “there was little guidance as to how we could illustrate the colossal amount of quality work that goes on in an establishment, including the crossover within all of the departments.” One problem was how to show it “in such a way that would make sense to those who are not in the service. The matrix that we devised and implemented within our portfolio is now being used as best practice across establishments who are striving for the award and is being used by the Royal College of Psychiatrists as an excellent way to set out and explain evidence within portfolios.”

One “testament of how engaged everybody was” is the impressive numbers of people who returned the Royal College’s questionnaires as part of the assessment – 100% of staff and 81% of the women offenders, “some of the best results seen by the Royal College of Psychiatrists.”

They continue: “this work has allowed us to dissect all of our areas of work and really dig into what works and what doesn’t with the population that we have to look after… Staff engagement within the establishment is one of the highest throughout the entire prison estate and this shows the commitment and loyalty the staff have to making Drake Hall the best place it can be.”

Drake Hall hopes to be “the leading light when it comes to EE” and will be sharing their experiences with others across the country.

Talking about each of the Commendees’ roles in the project, Steph Taylor, Butler Trust Local Champion, notes that Teresa was “at the heart of the Enabling Environment Accreditation right from the start when discussions took place with regards to the establishment taking on the challenge of becoming the first whole prison enabling environment” and her “passion for the EE, determination and drive has never waivered throughout – and without this commitment and leadership the award would not have been possible.”

Lorna, meanwhile, “liaised endlessly with women about the EE and how it would benefit our establishment as a whole, and was a key player in organising the very well attended EE Open Day.” Her “attention to detail and organisation skills” helped “propel motivation”, in addition to her determination “to make the portfolio a professional document.” The result “is looked at in awe” due to the colossal amount of work involved and the quality of evidence provided.

Donna’s enthusiasm for this work is described as “second to none”, and her knack for putting EE “into everyday words that allowed others to follow and to understand a previously unknown concept” made a real difference. She also focussed on the written element of all of the evidence sheets throughout the portfolio, which was a huge task. “Donna injected humour and lightness into this role” and “kept her determination and commitment throughout.”

It’s an incredibly inspiring achievement, that reflects well on Theresa, Lorna, and Donna, on Drake Hall and, in fact, on the entire sector, too.