AWARD WINNER 2019-20: An Operational Manager for the Leeds Youth Justice Service, Denis is granted an Award for the exceptional skill and passion he brings to his work with young people, including those who others find difficult to engage, and as an inspirational line manager, mentor, and role model to colleagues.
[This Award is supported by MTC.]

[Summary of original nomination submitted to the Trust]

Denis is an Operational Manager for the Leeds Youth Justice Service. He receives an Award for the impact of his many contributions to youth justice work, from inspiring young offenders and colleagues to increasing opportunities for minorities to play an active and positive role in the field. Simultaneously, he is highly regarded as both a role model and as a manager whose philosophy is based on his belief that he has a responsibility to help staff to “be the best version of themselves, because by doing this, they can in turn give their best to young people.” 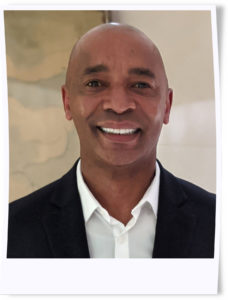 Initial nominator and Practice Manager Tony Woodhouse calls Denis “a natural people person in that he is approachable and empathetic. He has a genuine interest in staff and children alike.” He says that Denis “will never pass a child without engaging them in conversation. This is commented on by all children and has allowed him to build strong relationships with some of the most traumatised and vulnerable children in our service. This is particularly invaluable when children are displaying challenging behaviour.”

Tony says Denis frequently lunches with the children, “engaging them in conversation and bringing a sense of normality to their lives. He is particularly good at dispelling myths and/or beliefs that the children have in regards to what it is to be a man and their attitude towards women/girls. Denis excels at portraying a positive male image whilst challenging negative stereotypes without any intimation of being judgemental or confrontational.” He also names Denis “as the manager that has inspired me the greatest.”

Colleagues concur, with Tony reporting the most common words that came up about Denis were “fair, funny, dedicated, caring and genuine.” Typical things said about Denis were “Always positive, never seems to have a bad day”, “Always willing to step in and help staff” and “He leads by example.”

Denis has also been an effective advocate for increasing the diversity of the service, adds Tony, and has led the organisation of trainees getting a chance to work for a year in the service “in order to address under-representation of BAME people in the labour market. He has also been an advocate and promoter of ex-offenders entering Leeds YJS”, Tony goes on. “Denis has always been keen to adopt new approaches and the Interventions team is often the testbed for new initiatives. His team has moved from delivering highly offence-focussed interventions to interventions that are trauma-informed and which seek to promote the strengths of the child.” Tony reports that this has led to significant improvements in positive outcomes for children “including gaining employment, re-engagement in education (including going to university) and participation in positive activities.” Tony concludes by saying:

“Denis, without any sort of fanfare, has made a difference not only to young people, their families and Youth Justice staff but also to the communities of Leeds. He truly is an unsung hero!”

“a committed, hardworking, knowledgeable manager who is great at his job [and] a fantastic people person, who genuinely cares about young people and colleagues alike and brings the best out in them. Working closely with him for 20 years, I have never seen him be unkind or lose patience. He nurtures and supports people, has a natural empathy and has fostered a rich team spirit over many years. He gets to know his team members, takes a genuine interest in their lives, identifies their strengths and potential and does everything he can to build their confidence and resilience. He has supported members of his team through divorce, mental and physical ill health, bereavement and loss.”

Rebecca adds that Denis “has a particular vocation spotting potential, encouraging and motivating people from a non-traditional background who have lived experience of the criminal justice system into work with young people. His belief and support at a critical time for these individuals has enabled several of them to become valuable members of YJS staff.” She recalls asking him how he manages to stay so positive, and his reply: “I’ve done this job so long this job is me. I love it and I can’t imagine doing anything else.”

She adds that “Denis has a quiet air of authority alongside a genuine likeability and common touch. He works with young people who often do not trust professionals, who live complex lives and who have been deeply traumatised by past experiences. Denis’s good humour and kindness gets results. He is able to calm young people down, manage poor behaviour and have challenging but constructive conversation which young people accept, in a way few other people can.”

In one testimonial, ‘a young person’ wrote:

“Denis treats me as an equal, he understands where we come from and that kids can make mistakes but can make changes. Denis never comes into a meeting doom and gloom, he’s always smiling and trying to encourage me to get on with it. I can tell you from my experiences that Denis truly wants the best for you. He’s down to earth and sorted.”

Another colleague – with experience of youth justice from ‘the other side’, as it were – recounts a journey that reflects on how Denis approaches his work and the people at its heart:

“I first came to know Denis when I was a young person that came into contact with the service several years ago. At this point in my life many people within society would argue that I was nothing but a ‘troublesome teenager’ with very little prospects in life. However, this cannot be said for Denis, he was one of the select few people that showed me unconditional positive regard. I often recall his motivational speeches talking about how I could go on to make a success of my life. I have witnessed him give similar speeches to many other young people over the years with the same compassion and conviction. I am sure just like me, many other young people that have met Denis over the course of his career will still recall these talks and appreciate the words of wisdom.

“Personally, these words are of even more significance to me as several years later Denis encouraged/supported me to return to the Youth Justice Service as a worker via a traineeship targeted at addressing the imbalance of underrepresented, marginalised groups working within services. Denis has played an integral role in my development and more importantly, I am aware that Denis has played a significant role in the development of a number of staff (with similar life experiences to that of the young people) throughout the course of his career. He shows everyone the same level of respect regardless whether they are a young person who is trouble with the law or a colleague. He has made the workforce more diverse and representative of the very people it is designed to help and support.”

Another colleague adds their own moving story:

“I came to Leeds YJS two and a half years ago. This was for a meeting as an ex-offender and volunteer for probation. I’m still here. this is down to one man – Denis Lewis. I have ADHD and Asperger’s, have had 77 jobs and have never stopped anywhere for more than 6 months, until I met Denis. He is the most caring and genuine person I’ve ever had the pleasure to work under. He has empathy and caring skills in bundles but most of all he is fair. He always has time for the team and has made me feel like a member of the team. He always has a smile and an ear to bend whenever needed. I’d just like to say ‘thanks for making me feel normal for the first time in my life’. I look forward to many more enjoyable years at the YJS working with Denis and his team.”

One testimonial by a colleague notes that “Denis always seeks to promote others at every opportunity so it is no surprise that professionals in his team often progress in their careers”, while another says: “He has an amazing knack of knowing just what to say. He is one of the kindest but most compassionate people I have ever met.”

Head of Service Andy Peaden writes that “Denis is totally committed to improving outcomes for young people and has a great belief in their capacity to change. No one is a lost cause, everyone can be engaged, supported and cajoled into changing their lives for the better. Denis is a real inspiration for young people, especially young BAME men and a fantastic role model.” He adds that “Young people at the Youth Justice Service recognise his genuine interest and respond to him naturally, he effortlessly breaks down barriers and they all see him as an ally and a friend. Denis is treasured by his team and colleagues and held in high esteem by partners, he is committed to Youth Justice and clearly loves his job.”

Denis himself says “for me none of it is work, it’s just what I do” and outlines his approach:

“The starting point for me in work as it is in life is that I want the best for everybody and if there is any way that I can help others to achieve this, then that’s what I’ll do… As a manager I have always believed that I have a responsibility to help staff to be the best version of themselves, because by doing this, they can in turn give their best to young people.”

Denis explains that “many of the young people we work with have had negative experiences which have informed some of the behaviours which have led to them becoming involved with this service”. He notes that “the absence of positive role models is a common theme in the lives of many young people and it’s an issue that over the years I have been acutely aware of. The importance of a positive and mutually respectful relationship cannot be underestimated that is why from the day a young person starts on an order I try to meet with them and their parent/carer to lay the foundation for their time with us.”

A firm believer in young people “having a voice and influencing service delivery”, for a number of years Denis has led the charge on this and ensured that “the voice of young people has led to a number of changes within the service.” He adds that “more recently I have also focused on the voice of the parent and this year I contacted 50 parents by phone to get feedback from them on their experience of our service and how they think we can improve. The feedback from them was included in our yearly Youth Justice Plan.” He is also justly “very proud of is the role I have played in bringing people from black and minority ethnic backgrounds into the service”.