On August 8th this year, over a hundred officers descended on the University of Oxford’s Keble College for the Butler Trust’s third Prison Officers’ Summer Symposium – #HiddenHeroes. Officers came from almost every prison in the estate. As well as overnight bags and glad rags – the two-day residential event included a formal dinner – they also packed, between them, an impressive 1425½ years of experience as prison officers. For the next two days, they would be sharing their hard-earned insights with an array of experts, academics, and senior officials from HMPPS.

“Overall, I felt that the respect shown to, and by, all the attendees, guests and staff, showed the professionalism still evident in the wider Prison Service.”
(Officer feedback) 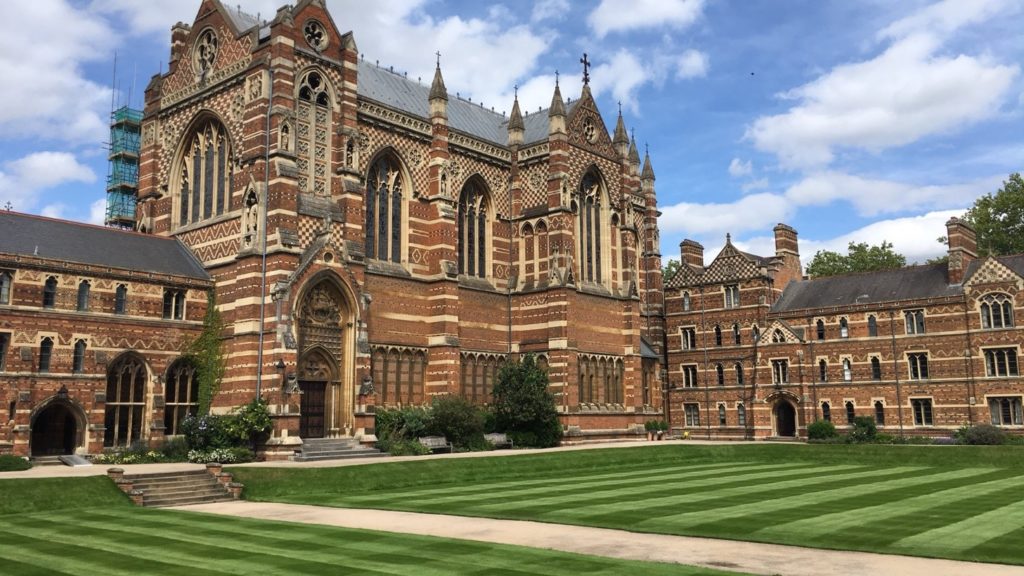 “Keble College is amazing, and I was awe-inspired when entering the grounds”
(Officer feedback)

After a round of coffee – there had been some early starts, including those who had started the day boarding a boat in the Isle of Wight – delegates gathered in front of a huge screen with the cover from the Butler Trust’s recent #HiddenHeroes: The Prison Officer booklet (copies for each officer have been distributed to all prisons). They were welcomed by Simon Shepherd, Director of the Butler Trust who began with an extract from A 1000 Years of Wisdom, an ad created by Finlandia (a vodka brand!), which celebrates experience around the theme of “a life less ordinary”. Its purpose: to remind prison officers that they, too, are ‘less ordinary’:

Ian Blakeman, Director of Performance at HMPPS, then spoke to the roomful of experienced officers, explaining that the HMPPS team at the event were there “to listen”. He went on, “if we’re going to move our prisons forward, we really, really need to listen to you – and act on it – and my promise to you is that we’ll do that.” 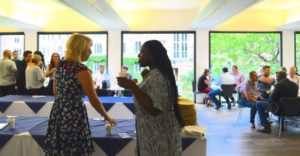 After delegates had introduced themselves, their experience, and some interesting facts about themselves (prison officers have some surprising backstories), Simon Shepherd gave a presentation about The Good Book of Prisons, a book reporting his 17 month and 17,210 mile journey to visit all 102 closed adult prisons in England & Wales, where he talked with over 300 individual groups of officers, managers and prisoners about “the good stuff” happening in their prisons. “It’s not just the public who don’t know how good prison officers are,” he said, “prison officers don’t realise either.”

“I have had almost 21 years working for the prison service. Everyone was attentive and showed true appreciation of what we do as officers and that is something we very rarely find”
(Officer feedback)

The Butler Trust’s ‘#HiddenHeroes: The Prisoner Officer’ is a booklet for officers and their families and friends. It’s been distributed by HMPPS to every prison, so if you haven’t received your copy yet, it should be in your prison somewhere!

Helen Arnold, a Senior Lecturer in Criminology at University of Suffolk, as well as a Visiting Scholar at the Institute of Criminology, Cambridge University, then spoke about her work – which includes 20 years researching in prisons and includes training to be a prison officer. She explored what it meant to be a good prison officer, reporting on her findings that the “demanding and distinctive” work of officers involves wearing “numerous hats” across different roles – from law enforcer to teacher – all centred on “the ability to read situations.”

Helen was followed by another kind of expert on prison officers: a former prisoner. The Tartan Con is an ex-prisoner with Parkinson’s disease, who blogs and speaks about his experiences, and his speech clearly moved the room profoundly. Starting with a quote from Oscar Wilde’s De Profundis, written in Reading gaol and which has been described as “one of the greatest and longest letters ever written”, he concluded by saying to the hundred or so prison officers in the room: “I need you to know that with every sun that rises I think of you often. I am grateful that you chose the profession you did. Your vocation is the noblest of careers… you are all my heroes.” 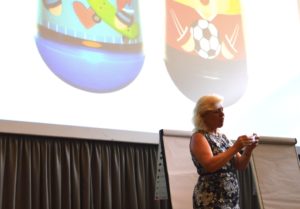 After lunch, Professor Jo Clarke of Petros gave her presentation about resilience, which had been a hit at the previous summer symposium. She began by handing out weebles – “which wobble but don’t fall down”, and explored the positives and negatives of work as a prison officer. From being cynical and snappy to feeling proud and confident, the audience fed back their experience and then Jo explained how there were things that could be done, and that we owed a ‘duty of care’ to prison officers as organisations, employees, and as individuals.

“The speakers were brilliant. I learnt so much & came away feeling so positive and empowered”
(Officer feedback) 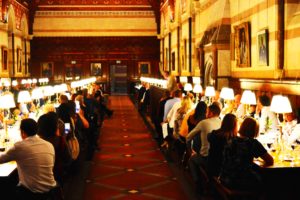 Delegates then went to their rooms and dressed up for the Symposium’s formal dinner. A ‘symposium’ was originally a banquet and drinking party, accompanied by convivial conversation, and Keble’s Hall – the longest in Oxford – was the perfect venue for just that. The Guest Speaker was Terry Waite CBE, and his gripping account of his four years held as a hostage, after he was kidnapped by the Islamic Jihad militia in Lebanon, earned a moving standing ovation from the entire audience. “Terry Waite continues to be inspirational to everyone with whom he speaks to. A superb choice of speaker and one who can also value life as a prisoner and a hostage. It was very humbling indeed.” (Officer feedback)

The second day involved breakout groups exploring issues around management and staffing, which were then fed back to the entire audience and discussed in a plenary session. An enormous amount of material, insights and opinions emerged, many of which, unsurprisingly, reflected findings from The Good Book of Prisons. The detailed results were recorded on tape, on flipcharts – and as a competition to find the best group tweet about what makes prison officers special. The winner captured the many different hats that officers wear in their work:

The Butler Trust is now sifting and pulling together these results – the quintessence of over 1400 years of experience – and, as well as HMPPS feeding them back, will be developing and sharing further outputs in due course: watch this space.

The impact of these sessions, and the event overall, were reflected in feedback from officers:

“I came away re-energised”

“The lessons I have learnt from this are invaluable”

“Wow, what an amazing two days. I was telling my colleagues that the symposium was the best two paid days I have had. I found it so interesting speaking to like-minded staff who want the best for the prison service, and have great ideas that are working at their establishments.” 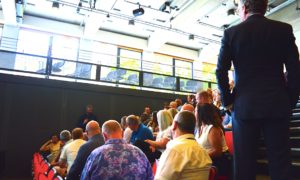 HMPPS’ interim Director for Wales, Chris Jennings, then helped conclude the event by feeding back on behalf of the group of senior officials from HQ who had attended to listen and learn. He then persuaded this audience to do something prison officers rarely do: stand and applaud each other.