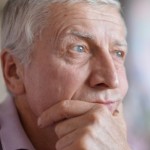 This workshop, held by The Butler Trust in association with the Prison Reform Trust, focused on best practice in managing and caring for older prisoners and responding to the challenges of an aging prison population.

[For further examples of good practice in this area see the older offenders interest group on good-practice.net.]

The needs of older people in prison

Francesca Cooney, Advice and Information Manager at the Prison Reform Trust opened the presentations. As a charity working to ensure that prisons are just, humane and effective, the Trust was concerned with the over-60s as the fastest growing group in the prison population.

An overview of their needs revealed varying standards of accommodation and lack of appropriate activities. Some older prisoners were not having their social care needs met and sentence progression and resettlement needs were not always addressed adequately. Despite healthcare improving over the last few years, screening and preventative healthcare were not routinely available. Assessment of accommodation showed many instances of inappropriate allocation, such as doors that were too narrow for wheelchair users and bathrooms that were not kitted out for those who needed the assistance of chairs and rails to be able to have a shower.

For many older prisoners, activities such as gym or yoga offered new motivation and an escape from feeling ‘written off’. For others, their situation felt increasingly hopeless. ‘Who’s going to employ me? I’m three years away from my bus pass,’ commented one, while another said: ‘I’ve done all that they have asked me to do for over 20 years and I am tired of going on in the hope that if I do one more course I will be released to spend my last few years in freedom.’ Healthcare offered specific challenges, particularly in the context of combining the need for security with a sympathetic response to serious illness.

Elements that made a significant difference to older prisoners’ care included clear action plans, groups and socialisation and engaging a staff lead for training and management support.

While there were many pockets of good practice, there was awareness of growing need, said Francesca. While end of life care was generally improving, there was still no national strategy.

Teri Walker, a Butler Trust Commendee for her work with older prisoners at HMP Leyhill, brought experience of working for RECOOP (Resettlement and care of older ex-offenders and prisoners).

Effective ways of working included a partnership approach to solutions, involving the whole prison. Specific examples of useful initiatives included an over-50s centre that had an emphasis on purposeful activity and social interaction; and personal plans, peer support and end-of-life care initiatives that had been funded by the Silver Dreams Lottery. Personal plans were being created for all those aged 65 and over, as well as those over 50 with complex needs, and a peer support scheme had also been found to be useful for those settling in and adjusting to Leyhill.

Checking prisoner perceptions in key areas was important, said Teri, and it was necessary to ensure a coordinated approach to care and progression. Data should be shared on prisoner’s personal plans, with a view to sustainability.

Areas that had seen the most individual progress at Leyhill included self-development, socialisation and relationships, and helping older people to find employment or another purposeful occupation. The personal plans had led to referrals in many diverse areas, including gymnasium sessions, a ‘food on a budget’ course, one-to-one coaching, chair-based exercise and a peer support scheme. The Lobster Pot, a centre that Teri had set up at Leyhill, demonstrated such activities very effectively, offering all kinds of stimulating activities, from helping people adapt what they ate to teaching them to exercise healthily into old age.

Among Teri’s conclusions on the needs of older prisoners were that access to purposeful and relevant activity was necessary, alongside elements like access to low level exercise facilities and a holistic approach to rehabilitation and resettlement. They also needed opportunities to contribute to solutions, the chance of representation on prison committees, and to be involved with effective partnerships to enable relevant community engagement.

More on the work for which Teri received a Butler Trust Commendation.

RECOOP have published a range of resources on working with older prisoners.

Meeting the needs of older prisoners at HMP Wakefield

Next to offer their experience were Michelle Leach, a Prison Officer in the Safer Custody and Equalities Department at HMP Wakefield and her colleague Nigel Lambert, a Physical Education Instructor. Working in the challenging environment of a maximum security prison within a high security estate, they helped to transform the provision for older prisoners through initiatives such as a sport and social club and a cognitive skills group.

The prison had a Registered General Nurse, with specific responsibility for providing care for the older population, who undertook a rolling programme of annual assessments and referred those with specific needs to relevant service providers.

Activities were considered fully alongside physical needs, with opportunities including library services with comfortable high-back chairs; a chapel with a weekly group for the older population; relevant employment opportunities; a gymnasium, which included a programme for those with heart problems; a sports and social club, supervised in an informal manner by PE instructors; and a cognitive skills group whose main aim was to help delay the onset of Alzheimer’s and dementia.

The prison regime had also been adapted to offer ‘core day unlock’ to older retired or disabled prisoners who did not wish to attend off-wing activities or paid work. This gave them additional time to interact with peers, engage with wing staff, and use facilities such as showers.

Future initiatives were in the pipeline, in keeping with the high security estate’s need to be mindful of security, the prison regime and decency and diversity. With prisoners being committed to prison for longer and the prison population growing older, HMP Wakefield was committed to continuous improvement and learning.

A palliative care facility, known as The Retreat, offered high quality end-of-life care and was a tranquil space where families could spend whole days with their loved ones. The unit had close links with community hospices for help and advice, and staff had been involved in giving advice to other establishments with palliative patients – a growing need with an aging prison population.

More on the work for which Ian and his colleagues received a Butler Trust Commendation.

Meeting the needs of older prisoners at HMP Peterborough

Julia Flack, an Advocacy Worker for Age UK Peterborough, talked about her work with HMP Peterborough, developing care and resettlement plans for older prisoners who were being released.

Older people reported a number of issues while they were in prison. Many did not like sharing a cell with a younger person and found noise levels disturbing. Medication was not always dispensed in a timely way and there were instances of consultant and specialist appointments not being forthcoming. There were also complaints that occupational therapy walking aids were not provided or available.

Other issues related to prisoners worrying about elderly relatives left unsupported at home, coupled with the guilt of upsetting them at their age and concern at them not being able to get to prison to visit.

Julia talked about a range of resettlement issues, starting with homelessness when a prisoner’s house was sold under profits of crime legislation. Some prisoners were not allowed to return to the area where they had committed offences, while many had lost their job as a result of their crime and had no hope of getting another one at their age. There was a need to advise on benefits, healthcare, and all kinds of related issues.

There were many more challenges to address, which Julia opened up to delegates. Tackling the volume of demand was a very real issue, while deciding where to take the project next and what community facilities could be used for referral of resettlement issues. ‘What would add value to the lives of older inmates in terms of safety, health and well being?’ she asked.

During the second half of the workshop, delegates were asked to consider the challenges relating to older prisoners in their establishment, in terms of their effective management and care. How management of older prisoners be improved, and how could this process be kick-started locally?

Delegates mentioned the lack of a national strategy for older people and identified that there were differing needs for male and female offenders. Logistical problems for older people included prison layouts and the distances to be travelled within the prison, coupled with mobility issues. The intensity of care required could be an issue and beds and appropriate facilities were not always available in the right geographical areas. Financial pressures were a constant consideration and there were pressures from coping with the legal issues relating to all deaths in custody needing to be investigated.

There was concern that older people had limited access to purposeful activities and that they lacked opportunities for Release on Temporary Licence (ROTL). Issues such as bullying were not always addressed and staff attitudes needed attention. Older offenders were often excluded from healthcare and employment on release.

There were constructive suggestions for improvement. Many of these related to training and development – better staff training, job descriptions and NVQ qualifications in health and social care for prisoner mentors, and a system of older prisoners mentoring younger ones. Sharing protocols could be developed and student placements offered, and there were calls for better third sector engagement. It was suggested that a specific area of prison could be allocated to older prisoners, with social groups, gym activities and identified dedicated staff. More buy-in from colleagues was felt to be beneficial.

In terms of action points, an immediate priority was to review the older prisoner strategy and identify a needs analysis to identify the population, their requirements, and how to engage them. Using the equalities action plan as a point of reference, current provision needed to be self-audited and a steering group and multi-agency working groups could be set up to take initiatives forward. Networking was key, and inviting outside agencies in was felt to be beneficial, alongside actively promoting peer support. Initiatives such as setting up an older prisoners’ forum and introducing a social club would help to engage the older population and make sure resources were used wisely.