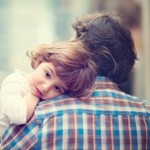 This workshop, run by The Butler Trust in association with Action for Prisoners’ Families, focused on best practice in supporting and strengthening relationships between prisoners and the families.

[For further examples of good practice in this area see the relationships / children & families interest group on good-practice.net.]

Lesley Dixon, Regional Development Manager for Action for Prisoners’ Families, set the scene. Each year, around 200,000 children had a parent who was sent to prison, while a quarter of young male offenders were fathers or about to become fathers.

This created many issues in all contexts of life. From the children’s perspective, there was often a burden of secrecy at school, with a tendency to lie to avoid stigma. The absence of a parent would frequently lead to behaviour problems at school, which had a higher than average tendency to translate into mental health problems. The feelings of social isolation and susceptibility to truancy increased the likelihood of boys with a dad in prison to become offenders themselves.

There were also many practical problems, from the logistics of taking the family on long journeys to visit, to the day-to-day difficulties of money problems, housing disruption, and hostility from the local community.

At present there was no one statutory agency with an overview of these families’ needs, so there was a lack of joined-up support. With no official recording of figures relating to these cases, problems were even more likely to remain hidden.

So what could we do to help, asked Lesley. Engaging with the voluntary sector and statutory services was an important step, alongside developing children and families pathway involvement. She suggested that families should be involved in sentence planning where appropriate, and communication should be carried through to regular family days and encouraging contact by letter, phone and email. Going forward, it was important to plan multi-agency training for practitioners and to keep raising awareness of the needs of prisoners’ families.

Lee Stephenson outlined a number of useful initiatives from his experience as Manager of the Jigsaw Visitor Centre at HMP Leeds, which supported those visiting their families in the prison.

Set up as an independent charity working in partnership with the prison, the centre’s 15-strong team welcomed around 700 visitors a week and was open every day.

As well as organising visits and family days throughout the year, the centre offered a ‘fathers inside’ parenting programme, a ‘positive relationship’ course for prisoners and their partners, and a ‘relationship without violence’ course that was followed by support sessions. Quarterly family forums, chaired by the Governor, offered prisoners and their families the opportunity to ask questions about regimes, rules and regulations at the prison. Other initiatives included the Story Book Dads service, where dads could make a recording of their children on CD or DVD; and a pregnancy project, in partnership with the NSPCC, to prepare expectant fathers and their partners to become parents.

One of the keys to the centre’s success was the excellent working relationship between Jigsaw staff and HMP Leeds staff, said Lee. He quoted HMP Leeds’ Governor Paul Baker as saying that Jigsaw ‘are no longer simply a “nice to have” but are a “need to have”. They work with families in such a way that they are playing a critical role in reducing reoffending.’

Brenda Fraser, an Interventions Manager for Families First at HMP and YOI Doncaster, shared pioneering work to improve prisoner and family relationships that had earned her a Butler Trust Award. With close family ties having been shown to dramatically cut the likelihood of reoffending, the Families First Outside Community Centre had developed a range of initiatives to help offenders to develop relationships with their partners and children.

Among the services on offer, the ‘Daddy Newborn’ scheme offered new fathers the chance to bond with their babies by bathing, feeding and dressing them and interacting with them in specially designed room.

Such initiatives relied on a strong working relationship with security to make sure that the zero tolerance culture was not compromised in any way, said Brenda, but the feedback from prisoners had been ‘overwhelmingly positive’ as they did not want to lose the much-valued service, and contraband smuggling had actually declined.

All activities had been mapped against reducing reoffending pathways and the prison had embraced the service’s positive effects on prisoner behaviour. Families First had also linked with external agencies to make sure families continued to be supported in the community. Partners included the Adult, Family and Community Learning Service at Doncaster MBC; the national charity Care For The Family, which runs relationship courses; and the Citizens Advice Bureau, whose Prisoners’ Families Project offered advice on all arrears, including welfare benefits, debt, housing and consumer problems.

Brenda’s ongoing mission was to spread the message that family services were not beyond the reach of any establishment and were a worthwhile investment with massive rewards. ‘I believe every prison can have family interventions as part of their core day,’ she said.

More on the work for which Brenda received a Butler Trust Award.

Kerry Longhorn of the national charity Spurgeons, which supported vulnerable children, shared her experience as Service Lead for the ‘Invisible Walls’ Service at HMP Winchester. The service’s support included parenting programmes for fathers in prison and their families; tailored support packages for families before and after release, including a ‘bridging service’ with local services; and training and workforce development.

Simple ideas could be highly effective, said Kerry, describing father and child initiatives such as ‘Story Book Dads’ and ‘Me and My Dad’. Feedback from the ‘Time for you and your child’ parenting course demonstrated the progress in breaking the cycle of offending. (Sixty-five per cent of boys with a convicted parent go on to offend.) One dad said the course ‘helped me understand all aspects of how children rely on us to encourage them to grow and mature into young adults. Thank you – you gave me so much hope.’

Family Man and Fathers Inside

As Programmes Development Director for Safe Ground, a charity that promoted relationship skills as tools for empowering people to change, Holly Conroy brought experience of two groundbreaking programmes being delivered in prisons across the country.

Family Man, a seven-week programme, focused on developing family relationships while considering the impact of imprisonment on the whole family. It helped men to work on their personal development, learning how to be an active family member from prison and making realistic plans for the future.

Independent evaluation of the Family Man programme showed that 78 per cent of graduates had implemented the goals in their action plan and 84 per cent reported improved relationships with their children and families. Furthermore, none of the released graduates who were surveyed or interviewed had reoffended.

The Family Man Community Programme, in partnership with Hampshire Probation, incorporated a family support package, and another programme being developed, called Man Up, helped men in custodial and community settings to explore masculinity and its effect on their identity and to challenge stereotypes and expectations.

The final presentation was by Joanne Mulcahy, a Family Support Coordinator working for the Prison Advice and Care Trust (Pact) at HMP Swansea. With a long history of providing support to prisoners, their children and families, the charity had worked closely with the prison for the past two years, with initiatives including courses aimed at strengthening relationships. Much of Pact’s family engagement work involved creating a community and prison response to the needs of children and families of offenders, and the results were proving extremely positive.

Following the presentations, workshop delegates were then asked to complete a workbook during the afternoon, which asked five key questions relating to their work in their own establishments.

Feedback from the exercise gave a snapshot of perceptions of family work in prisons. Delegates saw the business case for maintaining prisoner and family relationships in prison, as results showed that it helped to break the cycle and reduce offending. Not only did this save costs, but it also had long-term benefits in promoting social inclusion, maintaining relationships and reducing the impact on innocent family members, leading to fewer children in care.

In the short term, family initiatives created a better and less stressful environment for both staff and prisoners. There were fewer adjudications, less self-harming, fewer control and restraint injuries and less attrition on prisoner programmes.

Delegates highlighted a number of challenges, both structural and strategic. The lack of national standards meant that there was no equality of provision, with family work often being too ‘personality driven’ and visits not profiled. Lack of resources, money, time, staff and data were constant problems alongside challenges relating to security. The location of services could be difficult for families to get to and the environment was often intimidating for children, while visit times could be inconvenient for work or school hours.

There was plenty of scope for improvements and delegates made many suggestions relating to the environment of services and the involvement of families in running them. It was considered necessary to have better joined-up working and less fragmentation in the way services were provided. Data could be used better, particularly when shared with the right people, and input could be encouraged through feedback boxes in visitors’ centres, clearer advertising and promotion and more effective presentation of information. Suggestions ranged from specific needs, such as Skype, to those relating to the culture of services, such as encouraging a can-do attitude for staff.

The exercise resulted in a number of action points, going forward. It was considered necessary to increase staff awareness of family initiatives, particularly in tackling sceptics. Sharing good practice at ground level was needed, alongside exploring partnership opportunities and relevant initiatives, and increasing momentum through regional meetings. Finding a pathway lead or dedicated worker was considered an important step, as was presenting the families agenda to the IMB and inviting the Governor to see the visits centre.