AWARD WINNER 2015-16: Sarah is a Prison Custody Officer at HMP/YOI Bronzefield. Nominated by a number of prisoners, and described in her nomination as “an incredible woman”, who “really cares”, and for whom “it’s a vocation not a job”, Sarah is granted an Award for the outstanding passion, sensitivity and creativity she shows in her management and support of the women in her care. [This Award is sponsored by MTCnovo.] 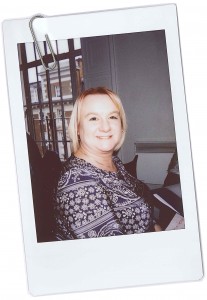 Sarah Jones, a Prison Custody Officer at HMP/YOI Bronzefield, was nominated by a considerable number of women prisoners, and their words help capture her commitment and dedication. Her lead nominator, Julie*, said Sarah “has made our life ‘inside’ so much more humane and enjoyable, because we all know deep down that she REALLY cares – it’s a vocation not a job and that is the essence of Sarah.”

Sarah has spent over a decade working at Bronzefield, and is currently responsible for 77 women, of whom 23 are serving a life sentence. Sarah has been a driving force behind several initiatives. These include a Christmas pantomime allowing women to unlock their creative and dramatic potential through writing and performing their own pantomimes in small groups, a Drama Club that lets women write and star in their own productions, a Breast Cancer Awareness week where the women worked on promotions and events including a sponsored walk and other fund raising activities including a bake sale as well as cooking for the lifer women.

Chris Purkess, Deputy Director at Bronzefield, describes Sarah’s “real dedication to her work” which “has an important and positive impact on those around – as attested by the number of nominations received from the women themselves which is fantastic.”

Sally described how Sarah “supported me with cookery when my mental health has been very fragile around food,” while Jayne added, “She genuinely seems to care about all of us…I recently had a family visit to celebrate my 60th birthday and she very kindly went out to buy all the ingredients for my birthday visit.  All of this was done completely voluntarily once official approval had been given.” Sarah “gave up a substantial amount of her free time,” helping turn “what was always going to be an emotional visit into a visit I will always remember.”

Elaine’s brief comment offered powerful testimony: “She has done so much for me, and I feel if I didn’t have an officer like her to help and support me I would not be alive today.”

Other prisoners were keen to praise Sarah’s work, too. Harriet said Sarah “has really helped me with a lot. She is an incredible woman and very trustworthy,” while Claire added “She’s honest and never lets us down. Sarah is hardworking and caring and goes out of her way to help us.” Debbie noted that Sarah “always sticks by her words”, adding “she is a lot younger than myself – I’m 56 and she’s in her early 30s – but she is a very lovely lady.  I’ve been in prison for 6 years and have never come across a staff member so helpful and so bubbly that sits and interacts with us all.”

Colleagues agree, too. Sarah “stands apart from others through her diligence, energy and passion,” said one, pointing out that she works “on a very complex unit of high risk, long term and life sentenced women… Her success hinges on the cooperation and input of other departments… a testament of her ability to engage others across the prison. The impact on the quality of the lives of the women in our care has been significant and she has instilled a sense of team spirit with groups of women through the energy, motivation and passion she portrays.”

Her line manager adds that Sarah’s “enthusiasm and passion inspired everyone around her.” SPCO Theresa Hardwick points out that “the impact on the women in terms of self-esteem and confidence is tangible. She inspired a buzz and energy which was infectious, ensuring women not necessarily directly involved felt part of something special.”

Prison Director Charlotte Pattison-Rideout said “Sarah is a delightful person to have on the team. I hold a great deal of stock in the women’s feedback about staff and it is great to see how much difference she is making to their lives just by doing what might otherwise be considered relatively small things. She is always welcoming and has a big smile on her face.  This was the case even when she was quite poorly a while back.  She was more concerned about the women than her own personal issues.” Charlotte added that “I am often struck by how she engages with the women – treating them very much as individuals and on her level.  This helps them build trusting relationships with her as they can tell that she is genuine in her care for them.”

The result is “a real community spirit with the women making a fuss of each other when birthdays come around”. In short, concludes Charlotte, “she supports the women and adds value every day.”

Sarah herself is modest but clearly passionate. “What I do isn’t rocket science but I know it makes a difference.” She cites an example of one offender “who was very aggressive but really changed when in drama – she was able to express herself differently and as such it taught her how to properly communicate with others. There are so many stories like this.” Sarah gives two striking examples of the ‘small’ things: “We often take what we experience for granted, but some women have never held an iPad or seen an olive.”

Like so many Award Winners, Sarah’s engagement with her work shines through. “I love my job, I take a lot of pride in what I do and I’m passionate about the women I serve. I have seen the change that occurs, however small, when someone who has suffered abuse for most of their life starts in my drama group. It gives them a voice, and a chance to express themselves, in a positive way that makes others ‘see’ them.”

[* Names of prisoners have been changed to protect their identity]