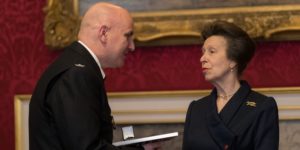 Hundreds of nominations for the 35th Annual Butler Trust Awards have now arrived (with the usual deadline rush!). As always, they shine a light on the impressive work everyone in the sector knows about – but which the wider public rarely gets to see.

This year the Trust is pleased to see some wider and long overdue recognition of the amazing stuff people bring to their work every day in the sector. For instance, Channel 4’s award winning documentary series Prison showed prison officers at HMP Durham doing their best in a range of tough circumstances. We reported some of the public’s heartfelt and positive responses to the show in our new booklet #HiddenHeroes: The Prison Officer (now being distributed to all uniformed officers). We’ve also highlighted the impact of probation in our #HiddenHeroes: The Probation Officer video.

END_OF_DOCUMENT_TOKEN_TO_BE_REPLACED

Do you know someone who goes ‘above and beyond’? There’s still time to nominate them for a Butler Trust Award, but you’ll need to get a wiggle on because nominations close on 30 June.

Nomination forms can be downloaded from our website – www.butlertrust.org.uk/awards – where you can also find more details about the Awards.

Nominations will need to be signed off via your Local Butler Trust Champion before they can be sent on to us, and the nomination form includes guidance on who you should forward your nomination to.

[Note for Local Champions: if you have any queries about completing the supporting documentation and getting nominations signed off, please contact us as soon as possible (before the 30 June deadline!)] 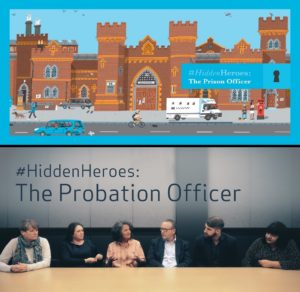 While the media focus on the negative – and staff face very significant challenges every day – there is much to be proud of in our prison and probation services, too – not least our Prison and Probation Officers. Our publications pay tribute to, and celebrate the work of, the frontline staff who make a real difference to the people in their care and the public at large.

END_OF_DOCUMENT_TOKEN_TO_BE_REPLACED

The dust may only just have settled on the Award Ceremony for last year’s winners, but nominations are now open for this year’s Awards!

The Awards are presented by our Patron, HRH The Princess Royal, and help give credit where it’s due to people who go above and beyond in their work in prisons, probation and youth justice settings (including volunteers and third-party employees) – and just being nominated shows someone’s efforts have not gone unnoticed.

You can find more about the Awards, and how to nominate someone, in the Awards section of the site. And you can view a short video here.

Didn’t you do well? 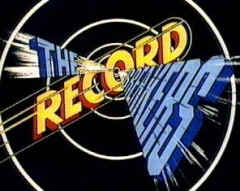 Although Spring took her time turning up, she arrived in some style – with the early-May Bank Holiday the warmest since the holiday began in 1978. With the World Cup getting closer, temperatures climbing, and long Midsummer nights, we started to wonder if the famous – in our office, anyway – last minute rush of nominations would happen this year. England were headed for the Round of 16 by the time our deadline was reached and once more, you did us proud: cheering along the best and brightest people working around you, from all four corners of the kingdom, you only went and broke the record for the most nominations ever – 383 in total!

Now you might think that with the difficulties in the sector over recent years, a lot of deep experience leaving the game, and a large influx of new recruits coming on board, that this would dent your enthusiasm for looking around at what your co-workers and team mates are up to, nodding approvingly as you notice the people doing the really good stuff, day in, day out. But as our Director, Simon Shepherd, never tires of pointing out: you are not like other professions. You get little praise in public (which was why we were set up in the first place), and no matter what happens, you still come in to work the next day and start over again. So thank you, once more. Without your support, the nominations – and the Awards – would never happen.