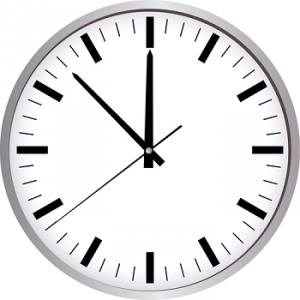 Do you know someone who goes ‘above and beyond’? There’s still time to nominate them for a Butler Trust Award, but you’ll need to get your skates on because nominations close on 30 June and we can’t accept any submitted after that date.

Nominations will need to be signed off via your Local Champion before they can be sent on to us. The nomination form includes guidance showing who you should forward your nomination to so that this information can be collected.

[Note for Local Champions: if you have any queries about completing the supporting documentation and getting nominations signed off, please contact us as soon as possible (and before the 30 June deadline!)]

Our Royal Patron, HRH The Princess Royal, has continued her busy programme of engagements for us this year with three visits in the past three months.

Her visits always give a real boost to staff and help further our mission to give credit where it’s due.

Back in February, she visited the Chelmsford offices of Essex CRC to meet 2016 Butler Trust Winners Hannah Hunt and Paul Brown. Then it was off to Scotland, twice: in March, to visit HMP Shotts (a prison with a proud recent history of Butler Trust Winners – four in the last decade! – including Walter Logan and Maureen Ritchie), and just last week, to visit one of the UK’s newest prisons, HMP Grampian.

After a short break over the Summer, she’ll resume her programme of visits in the Autumn. In the meantime, there’s still plenty of time to get your nominations sent in for this year’s Awards – click here for full details. 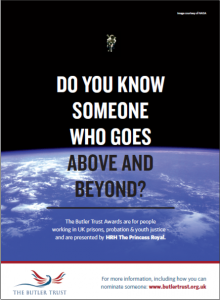 The dust may only just have settled on the Award Ceremony for last year’s winners, but nominations are now open for this year’s Awards (with a closing date of 30 June)!

The Awards are presented by our Patron, HRH The Princess Royal, and help give credit where it’s due to people who go above and beyond in their work in prisons, probation and youth justice settings (including volunteers and third-party employees).

Please note: the closing date for nominations is 30 June and the Trust will not be able to accept nominations received after this time. 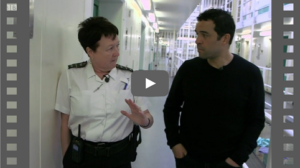 Last night’s BBC One Show included a feature on Butler Trust Princess Royal’s Prize winner, Officer Bernadette Hare. The show kicked off with a 5 minute video from HMP Bullingdon about Bernie and the work for which she won her Award, and she received warm applause from the studio audience afterwards.

Commenting on the piece, our Director, Simon Shepherd, said: “While it would have been good to hear from some prisoners talking about the difference staff can make, it was great to see an officer being portrayed in a positive light for a change. This shows that there is an appetite for good news stories out there, and we hope there’ll be plenty more where that came from about the many hidden heroes working in our prisons, probation and youth justice services”.

The Princess presented 10 Awards and 19 Commendations to a total of 39 staff members and volunteers from prison and community justice settings across the UK, and the event was attended by over 200 people from across the criminal justice sector. 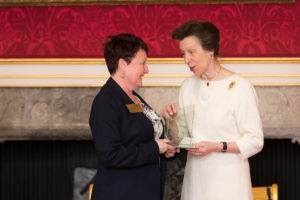 This year’s Princess Royal’s Prize for Outstanding Achievement (the highest Award) went to Bernadette Hare, for her exceptional work as a prison officer at HMP Bullingdon.

“Bernie is an outstanding Prison Officer and I am especially grateful that the Butler Trust has recognised this exceptional work that can often go unseen. Bernie demonstrates that Prisons can be places of hope by her caring approach towards those in her care.”